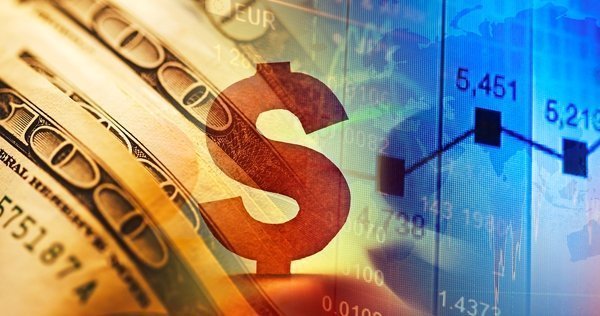 Yesterday, Larry Kudlow accepted the role of White House Chief Economic Advisor. He immediately targeted China and said that the next step is for the US to deal with the stealing of intellectual property by the Chinese. He also said that China has not played by the rules of trade for a long time and they have earned a tough response. He said that he does not think that the announced trade tariffs will hurt the US economy.

German Harmonised Index of Consumer Prices (YoY) (Feb) was released, coming in as expected, unchanged at 1.2%. In line with expectations, EURUSD fell from 1.23987 to 1.23852 due to this data.

ECB President Mario Draghi spoke at the ECB conference hosted by the Institute for Monetary and Financial Stability, in Frankfurt. His comments were: Monetary policy adjustments will remain predictable. Sustained adjustment in the path of inflation towards the target is the condition for net asset purchases to end. The ECB still needs to see further evidence that inflation dynamics are moving in the right direction. The Euro strength could weigh on inflation down the line. EURUSD moved lower from 1.23889 to 1.23632 as a result of his comments.

US Retail Sales (MoM) (Feb) was released coming in at -0.1% v an expected 0.3%, from -0.3% previously, which was revised up to -0.1%. Retail Sales ex Autos (MoM) (Feb) was 0.2% v an expected 0.4% from 0.0% prior, which was revised up to 0.1%. Retail Sales Control Group (Feb) was 0.1% v an expected 0.4%, from 0.0% prior. As expected, auto sales dragged on the figures, as demand caused by hurricane season dried up. This was seen in the CPI data, which showed a 0.2% fall in auto prices and the second month of declines for sales in auto dealerships, which were down 0.9%. As a result, the expected bounce back from last month’s number was less than expected. Other declining sectors were furniture, electronics and grocers. Building material stores gained 1.9% after a 1.7% decline in sales last month. EURUSD initially moved higher to 1.23964 after opening at 1.23814 but then declined to 1.23487 after this data release. 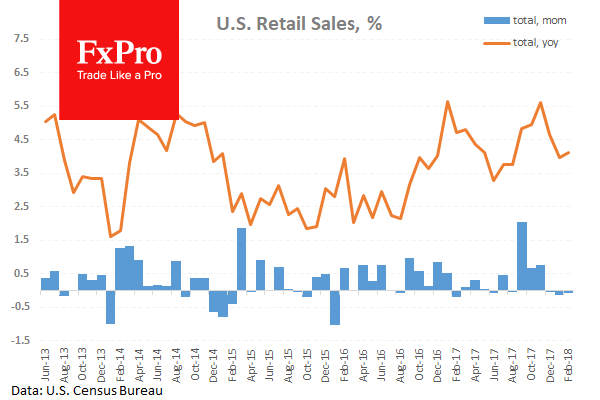 The ECB’s Coeure made a scheduled speech and his comments were: ECB stimulus will add around one-third of a percentage point to 2018 GDP growth. Monetary policy can do little to life growth rates in Europe. 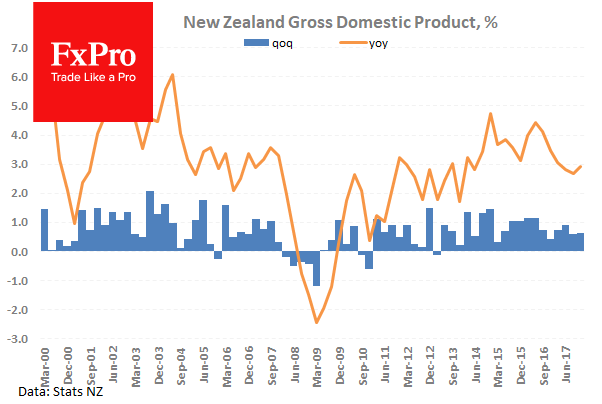 Australian Consumer Inflation Expectation (Mar) came in at 3.7%, against a prior 3.6%, showing a steadying in the figure which has been at 3.7% since November, barring the slip to 3.6% last month. 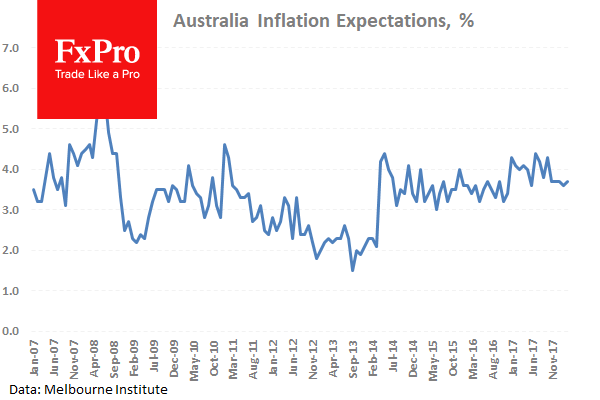 EURUSD is unchanged overnight, trading around 1.23652.