FxPro Forex Analysis: BOE to Leave Rates Unchanged but Watch for Signal of May Hike 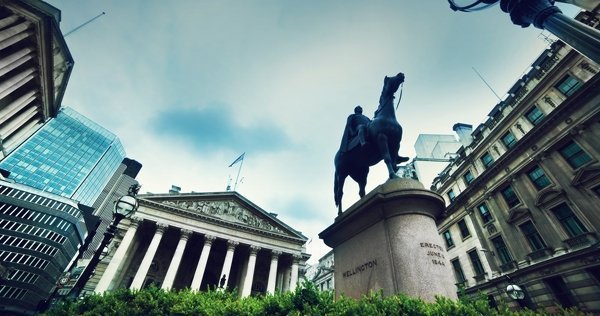 The Bank of England is expected to leave rates unchanged today at 0.5% but will potentially lay the groundwork for a hike of rates in May. Market analysts will look to the Monetary Policy Summary for guidance indicating any hawkish tone on the back of Brexit progress and a pickup in economic data this week. The MPC vote will also be key, as any indication that members vote to hike rates will be seen as rubberstamping a May hike, which the market is fully pricing in. Failure to do so will disappoint traders and may lead to a reversal in prices if market expectations go unmet.

President Trump is expected to announce Trade Tariffs on Chinese goods and services to the value of $50 Billion later today. China has said it resolutely opposes US unilateralism and protectionism. It said it will take all necessary measures to resolutely protect its interests. 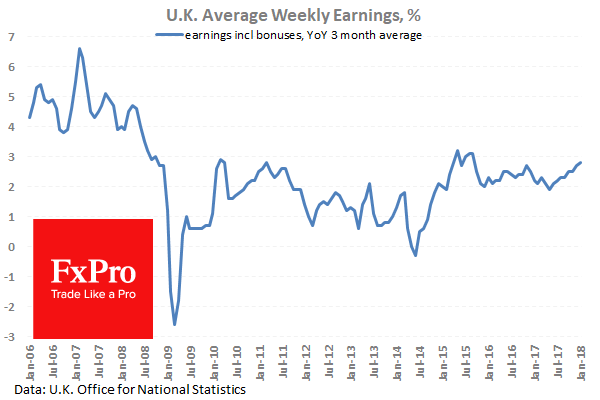 US Existing Home Sales (MoM) (Feb) came in at 5.54M v an expected 5.40M, against 5.38M previously. After reaching a seven-year high in November, this data point has slipped lower over the last two months, signalling a little softness in the sector. But this could be down to seasonal factors and this current beat on the consensus is already showing a pickup, which usually lasts into autumn. USDCAD moved higher from 1.29704 to 1.29916 after this data came out. 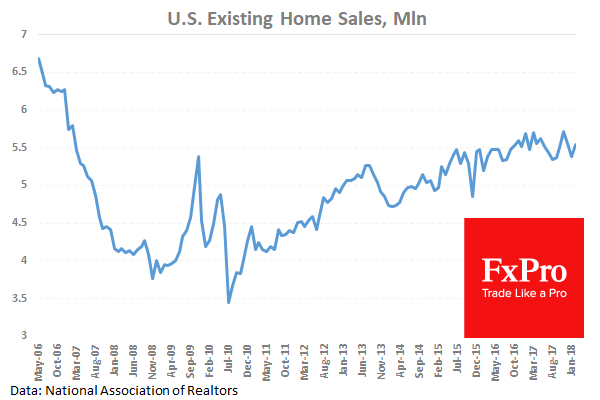 The US Fed’s Monetary Policy Statement and Interest Rate Decision were released and rates were raised to 1.75% from 1.5%. This hike in rates had been more or less priced into markets and marks the first in a series of expected increases in 2018. Inflation on a 12-month basis is expected to move up in the coming months. Jobs growth has been strong and the vote to increase was unanimous. The dot plots showed that the Fed is likely to hike three times in 2018 and three times in 2019, against the market consensus, which expected three, maybe four, in 2018 and two in 2019. USDJPY spiked up and down but eventually went higher to 106.635. 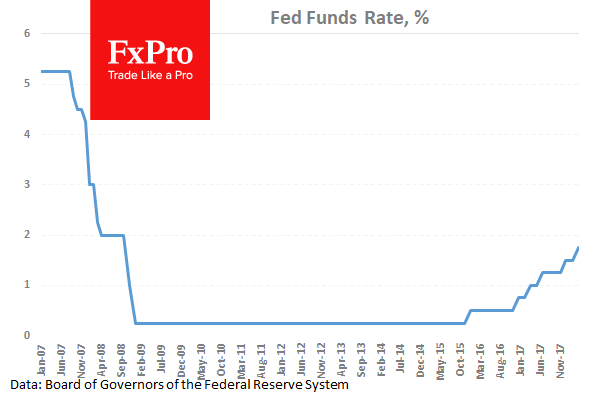 The FOMC Press Conference took place, as the new Chairman, Jerome Powell, addressed the audience. He said: Job growth has been ‘well above’ pace needed to sustain labour force and he expects the job market to remain strong. Raising rates too slowly would raise the risk of having to tighten too quickly later. FOMC members noted they heard concerns about future trade action and the effect on the future outlook. We will know that the labour market is getting tight when we see more wage inflation. Low productivity explains some of the weakness in wages. USDJPY reversed the earlier move after the rate hike and fell to a low of 105.574 in the following hours. Stocks faded the early spike higher, with the S&P 500 down to 2711.60 and the Dow down to 24679.5 from a high of 24986.0. Gold moved up to 1336.80.

The Reserve Bank of New Zealand Interest Rate Decision left rates unchanged at 1.75%. The Rate statement and the Monetary Policy Statement said monetary policy will remain accommodative for a considerable period. The domestic economy is projected to strengthen and long-term inflation expectations are well anchored around 2%. GDP was weaker than expected in Q4 and labour market conditions continue to tighten. CPI inflation is expected to weaken further near-term due to softness in food and energy prices. NZDUSD moved higher from 0.72240 to 0.72447 after this event. 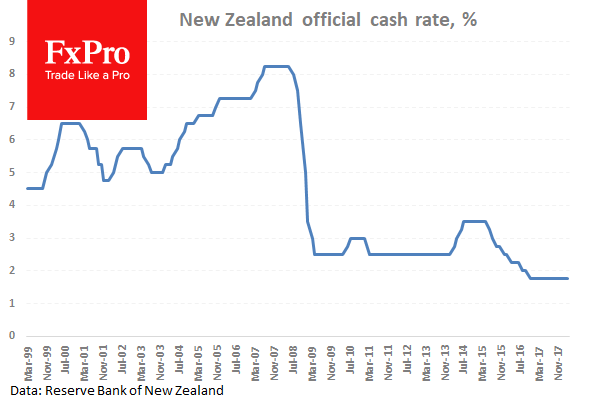