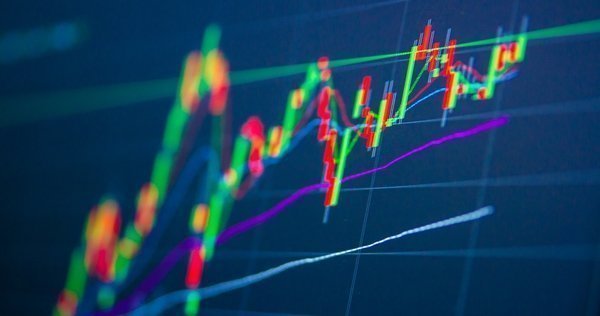 This morning the Euro traded lower on mixed messages from the European Central Bank (ECB). ECB Governing Council member Erkki Liikanen stated that the central bank needs to be patient with tightening due to lower-than-expected inflation and political risks, leaving the door open to an extension to the ECB’s stimulus package. However, Vitas Vasiliauskas became the third ECB policymaker in the last few days to back the prospects of a rate hike in mid-2019. Moreover, the Euro was pressured by a set of weak euro-zone data. German import prices fell by 0.6% in February, worse than the 0.3% that was expected and Spanish CPI was up 1.3% YoY, below the 1.5% expected.

On the daily chart, EURUSD broke the bullish compression to the upside and hit monthly highs at 1.2475. The pair is now testing support at 1.2410 and a break could lead to further declines to the 50% retracement and the descending trend-line break-point near 1.2350. However, a bullish continuation above 1.2475 would target the February highs at 1.2555. A convincing move above the highs would indicate another bullish breakout.

The DAX has once again found support near 11,700, which is the 50% Fibonacci from the February 2016 lows. However, the recovery is running into resistance at 12,000. A break of this level could lead to further upside movement to 12,150. A break of 12,150, which represents a confluence of the 23.6% retracement from the highs and descending trend-line resistance, is needed for a more bullish outlook. On the flip-side, a bearish reversal though 11,700 could lead to further declines to supports at 11,450 and then 11,140.