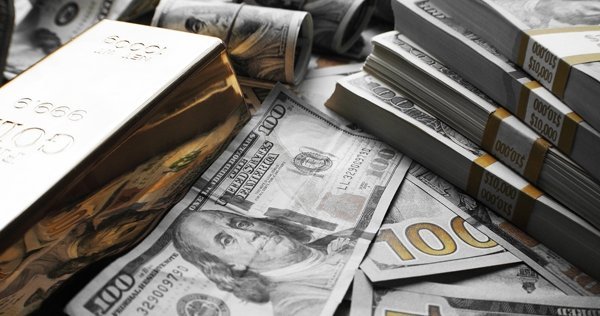 Trading today will be dominated by the release of the U.S. employment report, which is expected to show that job creation accelerated while wage inflation held steady for the year. Non-Farm Payrolls numbers for April are expected at 192K versus a prior 103K and Average Hourly Earnings are expected to be unchanged at 2.7%. The U.S. dollar has been strengthening in the last couple of weeks, as easing geopolitical issues and strong macroeconomic data have increased the probability of a fourth rate hike this year. The payroll data is unlikely to boost the dollar’s rally further unless there is a massive deviation from the expectations. Profit taking would cause a retreat in the U.S. Dollar from recent highs.

Gold is denominated in U.S. dollars so it is likely to react to the NFP report later today. Higher interest rates usually result in a strong dollar and can reduce the appeal of non-yielding precious metals. In the daily timeframe, Gold is trading just above the major horizontal support near 1305. A decisive break of 1305 is needed to open the way to the 61.8% Fibonacci retracement at 1285, followed by 1264. On the flip side, a bullish reversal above 1321 will find resistance at 1340 before testing the highs near 1360.