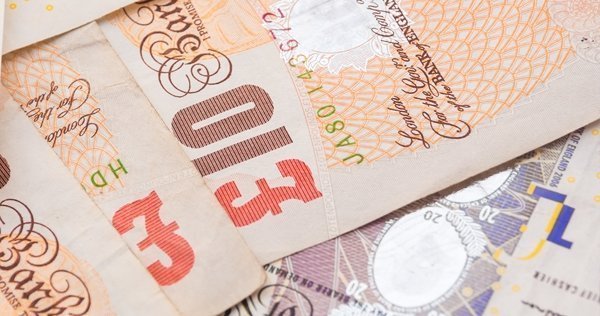 As expected, the Bank of England (BoE) decided to keep interest rates on hold at 0.5%. The BoE’s Monetary Policy Committee (MPC) voted 7-2 to leave policy unchanged. In the Inflation Report, the BoE now sees inflation lower in the near to medium-term. The MPC members want to wait and see how economic data unfolds before making a decision, and all members agreed that any future increases in interest rates are “likely to be at a gradual pace and to a limited extent”. The tone could be considered dovish as the BoE removed the word “expected” from the policy guidance and instead said it is “likely” to raise rates. The money market is now pricing in no further hikes for this year.

On the daily chart, GBPUSD has formed a possible double top with a measured target near 1.3120, which is also the 50% retracement of the lows from 2016. A bullish reversal and break of the neckline near 1.3750 would negate the bearish outlook, with further upside resistance at the 38.2% retracement level of 1.3820, and then 1.3930. Sterling weakness leading to a continuation of the downside move and break of 1.3480 would find support at 1.3315.

The CAD has been one of the stronger currencies over the last week and, with weakness in the GBP, the GBPCAD pair could see a sharp move to the downside. On the daily chart, GBPCAD is testing support at 1.7255 after the BOE announcement. A break of this level could see continued downside towards the 50% retracement at 1.7120. On the flip-side, a bullish reversal will find resistance at 1.7360, followed by the trend line at 1.7430.