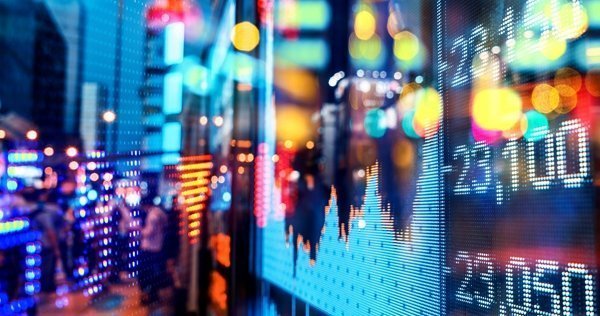 The major US equity indices all rose more than 2% last week, driven by buybacks and improving earnings growth. A pullback in US treasury yields and the Dollar Index also contributed to gains last week, as higher treasury yields can reduce investment in stocks with a stronger currency, making exports more costly. A continuation of these trends could help support equities over the coming weeks.

For today, the bullish sentiment in stocks is being helped by the easing of US-China tensions after President Donald Trump tweeted Sunday that it “will all work out” on U.S.-China trade. Also, the US earnings season winds down this week, with most of the reports from retailers coming on Wednesday and Thursday, led by Macys and Walmart respectively.

On the 4-hourly chart, the S&P500 (SPX) broke out to the upside from the January trend line and is trading in an ascending wedge. A break of 2740 would open the way for further gains towards 2800, with resistance at 2762. After such a sharp rally, a period of consolidation or a retracement would not be a surprise. A break of the wedge could see a decline with support at 2716, followed by the 50% retracement of the rally from May 8 at 2695.

On the daily chart, the Nasdaq 100 (NDX) has traded to the upside in an ascending wedge towards the 7000 level. A break of 7000 would open the possibility of the index attempting a new all-time high. However, a reversal and break of the wedge could see a retracement towards the 23.6% Fibonacci and horizontal support at 6870, followed by 6780.