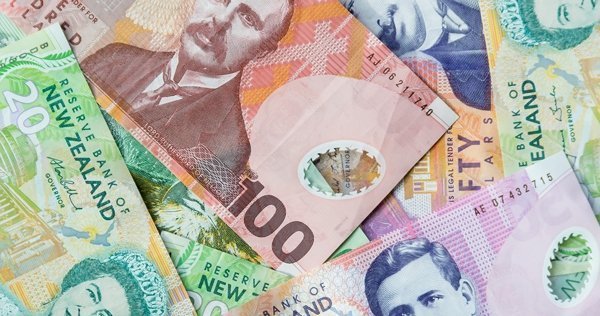 The New Zealand Dollar (NZD) has been one of weakest currencies over the last month and is nearing the 0.69 level against the US Dollar. Last week, the Reserve Bank of New Zealand (RBNZ) kept its official cash rate at a record low of 1.75% and indicated that interest rates would stay at record low levels until early 2020, as inflation remains low and stable. Adding to the dovish tone, the RBNZ also downgraded its forecasts for GDP growth and inflation. RBNZ governor Adrian Orr left the door open to a rate cut by saying “the direction of our next move is equally balanced up or down, only time and events will tell”. This puts the RBNZ out of step with the Federal Reserve, which is signalling two to three more rate hikes this year, and the better yield offered by the USD could continue putting pressure on the NZDUSD pair.

On the weekly chart, NZDUSD is testing a confluence of the June 2015 trend line, horizontal support and the 50% retracement near 0.69. A break of this important level could open the way to further declines, with a measured move of the range break pointing to 0.6350.