FxPro Forex Analysis: NAFTA Deadline for US Congress Passes Without a Deal 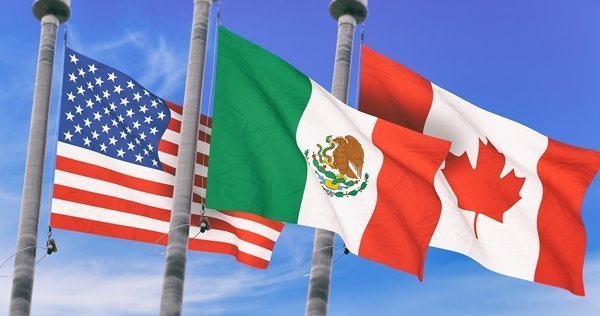 Overnight US Trade Representative Lighthizer issued a statement saying that the U.S., Mexico and Canada are “nowhere close to a deal”. This was counter to the statement by Canadian PM Trudeau yesterday who said “We’re very close” when asked about progress. The US had set a deadline for NAFTA to be agreed on by yesterday, in order to enable Congress to vote on the deal. USDCAD moved higher from 1.27520 up to 1.28213 and extended to 1.28459 early this morning. It has since dropped back a little to 1.28211. After the release of Japanese CPI earlier, USDJPY touched 111.000 on the assumption that the BOJ will have to maintain policy easing for longer.

US Continuing Jobless Claims (May 4) was 1.707M versus an expected 1.780M, against 1.790M previously, which was revised up to 1.794M. Initial Jobless Claims (May 11) was 222K versus an expected 215K, against 211K previously. This data is showing a continuing increase in the number of new claims but continuing claims have stabilized somewhat. Philadelphia FED Manufacturing Survey (May) was 34.4 versus an expected 21.0, against 23.2 previously. This data is now at its highest level since May 2017, after yesterday’s reading outperformed estimates. USDJPY moved higher from 110.684 to 110.853 after this data release. 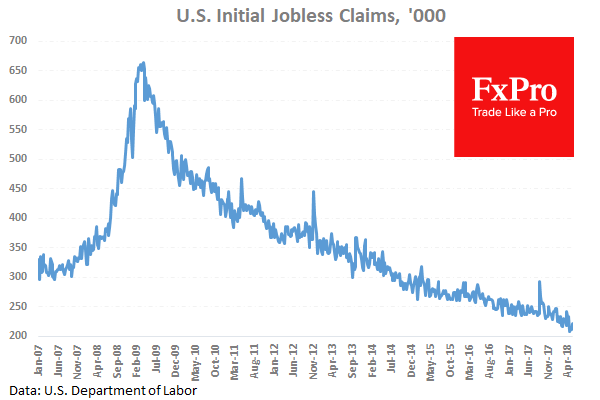 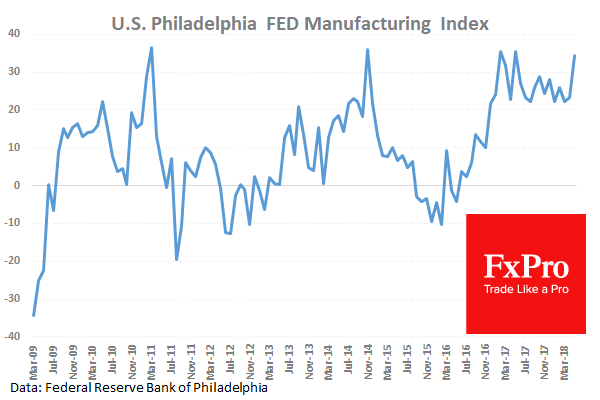 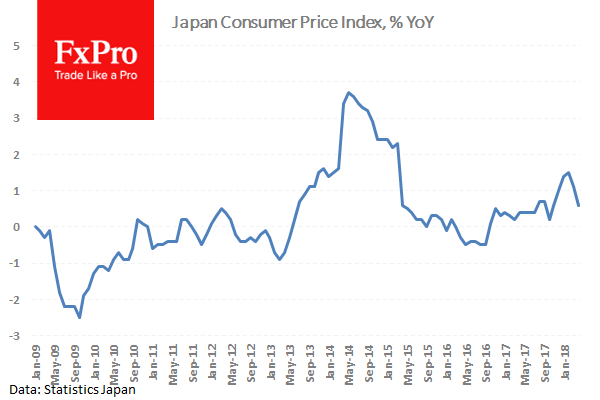