U.S. equities are set to make gains after news that a trade war between the world’s two largest economies is on hold. The Treasury secretary, Steven Mnuchin, reported on Sunday that negotiations with China have progressed saying, “We’re putting the trade war on hold, right now, and we have agreed to put the tariffs on hold while we try to execute the framework”. The two sides are reported to have reached a consensus on taking effective measures to cut the deficit.

It is notable that the Russell 2000 Index, which is a small-cap stock market index, has continued to outperform hitting its third straight record closing high. The companies in this index can be considered to be fairly immune to tariffs.

On the 4-hourly chart, the S&P500 (SPX) broke out to the upside from a symmetrical triangle with a measured target near the 2762 resistance level. However, the index will face some immediate upside resistance at 2740. A break of the 2762 is needed to a continuation towards the highs at 2800. On the flip-side, a reversal and break of 2724 will open the door to declines towards support at 2715 and then 2705. 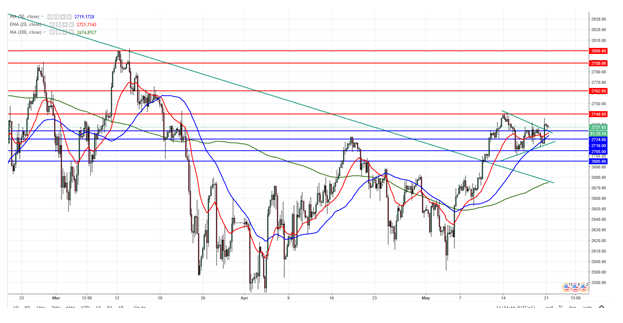 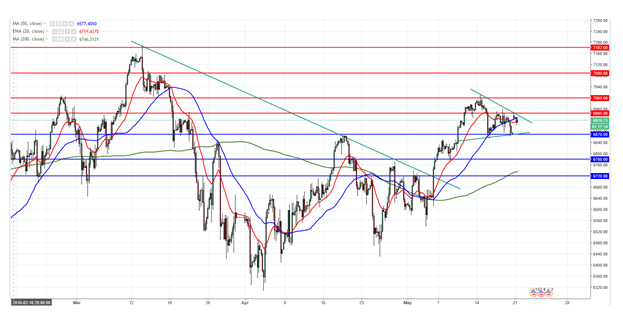