The UK 100 Index has put together a stellar performance, with a breakout higher today to a new high. The pre market high comes in at 7837.5 with support in the area of the 7800.00 level. A continued bullish move would go on to test 7850.00 followed by 7900.00. Ultimately the 8000.00 level remains a major goal for bulls to reach with the possibility of a significant number of shorts waiting at that level. In the near term it is possible that the gap higher over the weekend gets filled before a new leg higher begins. A failure to do so structurally weakens the subsequent leg up and can fire the bellies of bears around 8000.00. 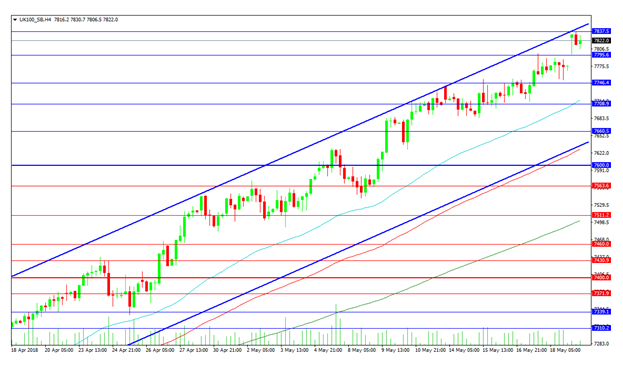 The EURCAD pair has seen a loss of its trend line support last week with the EUR exerting influence on the chart in the face of rising Oil prices and NAFTA headlines. The pair rallied on Friday but the 1.52000 level has become too strong and price is now trading down at 1.50890. This leaves the 1.50000 area to do the heavy lifting and prevent a full rout in the pair. This could turn out to be too much for the pair with the January low being eyed by shorts at 1.48156. Further losses could see the September swing low at 1.44413 tested. 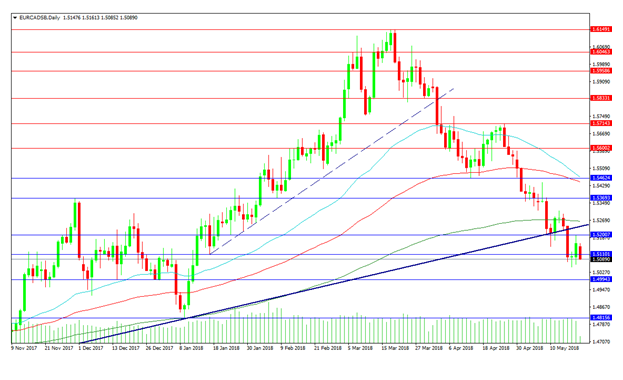