The US President dominated headlines and moved the market again yesterday when he wrote a letter to the North Korean Leader announcing his decision to pull out of the upcoming summit. The market reacted violently with traders seeking safety and sending stocks lower and the USD falling with USDJPY falling from 109.750 to 108.950 but the move faded into the US close and in the Asian session overnight. EURUSD rallied to 1.17500 and GBPUSD rallied to 1.34140 but have moved lower since. Gold tested resistance at the 1305.50 area while Oil fell from $71.68 to $70.50 support. The beleaguered USDTRY fell to lows at 4.55693 yesterday as the CBRT emergency hiked lending rates by 300 bps to counter the currency moves but moved higher with the dollar to 4.80556. It is currently trading around 4.78444. The CBRT is due to meet again on the 7th of June. 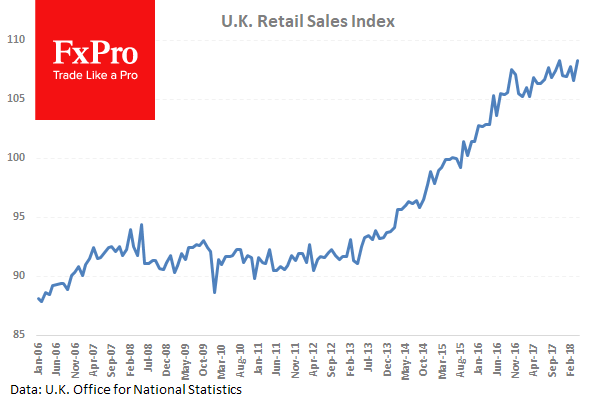 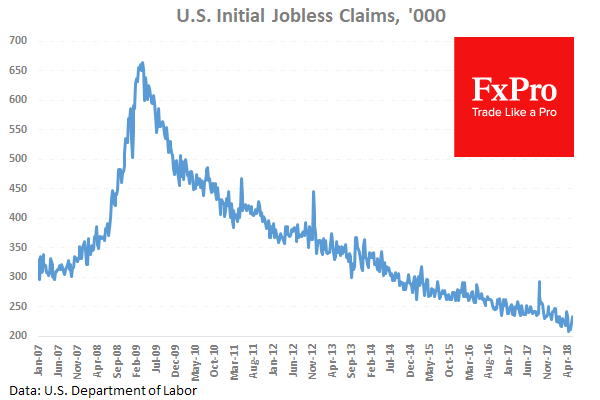 US House Price Index (MoM) (Feb) was 0.1% against an expected 0.5% from 0.6% previously. This data slipped lower again after a strong improvement in the March reading.

US Existing Home Sales (MoM) (Mar) were 5.46M versus an expected 5.57M against 5.60M previously. After reaching a seven year high in November at 5.81M, this data point had slipped lower over the following months signalling a little softness in the sector but recovered somewhat last month and in March. That recovery stalled with this reading. USDJPY initially moved higher from 109.558 to 109.723 as the jobs data hit but dropped to a low of 108.948 after housing data came in weaker coupled with the US/North Korea news. 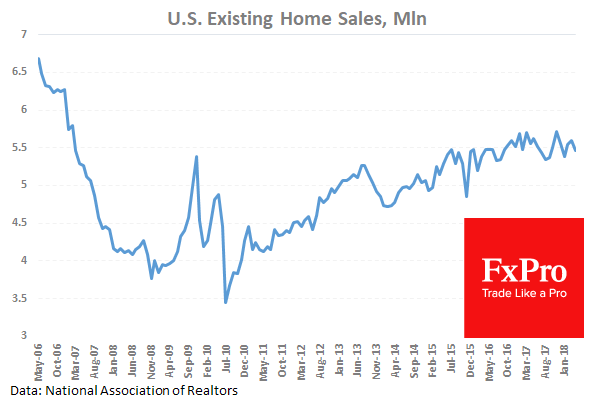