GER 30
The German Index has fallen further today after the turmoil in Italian politics sparks a risk off mood in Europe and further afield. The upward trend lines were broken last week on the 4 Hour chart with the red trend line breaking at the 13000.00 level which was then used as resistance. The price has fallen to the 12650.00 area at the time of writing with further decline likely to see support at 12550.00 and 12473.90. A move under these supports could result in a retest of 12400.00 as support which is the upper band of a zone that extends down to 12250.00. This zone contains the previous supportive trend line from October 2017 to January 2018 that the price broke at the beginning of February. A loss of this area could lead to a severe drop and bearish technical pattern triggers. 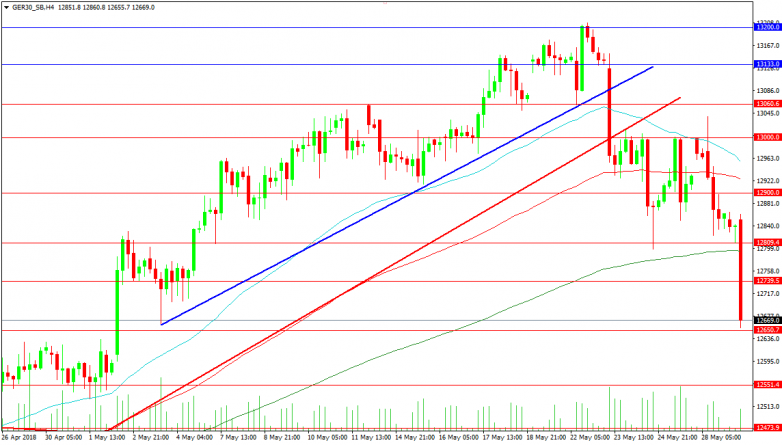 USDCAD
The USDCAD pair has pushed higher to the 1.30000 area after Oil price fell to the lowest levels in six weeks yesterday. The rally in the pair started on Tuesday when WTI Oil was at its high of $72.84 and the USDCAD pair broke above its DMAs as the Oil price fell. The 1.29200 level saw a temporary halt in the advance but news on Friday that Russia and Saudi Arabia would ease cuts and increase production sent the Oil price down 4% with a corresponding move in USDCAD to highs just under 1.30000. Should the Oil price continue to fall it is logical to expect this inverse correlation with USDCAD to continue and the trend line at 1.30450 to be retested. A move above this line which comes from the 2015 and 2017 highs could see a break out towards the recent high at 1.31240 followed by the 1.33000 area. 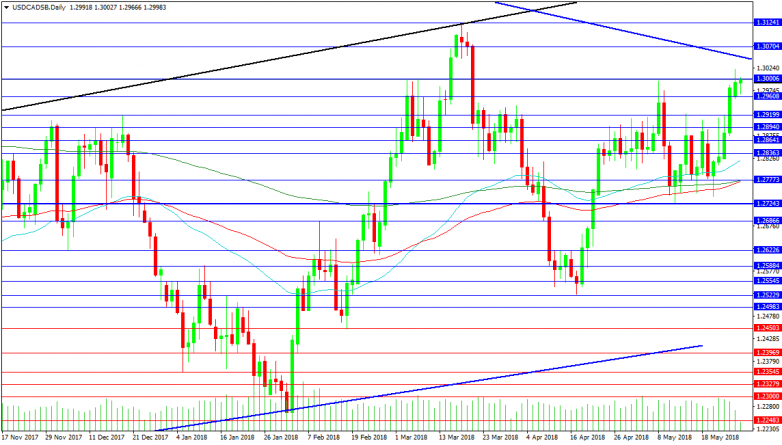