Markets remain in risk off mode again today after Indices fell yesterday to the lowest levels since early May led by Europe as the Italian political crisis deepens. The Italian President vetoed the nomination for Finance Minister by the populist government last week. The resulting collapse in the coalition led to the President appointing former IMF Director Carlo Conttarelli as Prime Minister. However Conttarelli is expected to lose a confidence vote in parliament which will lead to new elections as early as July. The Italian Stock market was down 2.66% with losses extending after hours to levels not seen since July 2017. Asian equities are down again with the Nikkei down 1.5% and the Korean Kospi down 1.57%. The Euro has fallen to 1.15100 as Bank of Italy chairman Ignazio Visco said that Italy risks losing the “asset of trust” with investors. Italian bond spreads have risen to the highest levels in four years.

US S&P/Case Schiller Home Price Index (YoY) (Mar) was 6.8% against an expected 6.4% from a prior 6.8%. This measure has been holding a steady improvement since the late 2014 low, with this reading showing a beat on expectations to match the prior reading. USDJPY fell from a high of 109.057 to 108.812 as a result of this data. 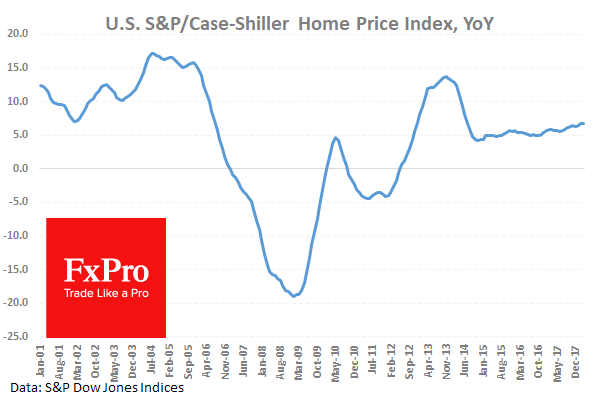 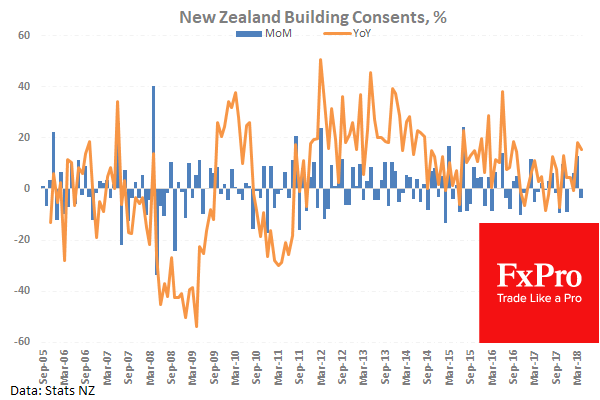