FxPro Forex Analysis: EU, Canada and Mexico to retaliate against US Tariffs

The US confirmed yesterday that it is imposing tariffs on Steel and Aluminium imports, at 25% and 10% respectively, from the EU, Canada and Mexico. Markets reacted by dumping risk assets but there has been a slight buy the dip as US stock markets finished off their lows. Further moves lower are expected in risk assets as Canada and Mexico are expected to retaliate against the US. The EU must wait 30 days before they implement any sanctions on the US but these can be announced at any time. This will make for an interesting session today and there is potential for the market to gap if any retaliation is announced over the weekend.

The Italian Political Crisis has cooled to some extent with the President asking the populist parties to form a government and it is expected to be sworn in at 14:00 GMT today. The policy decisions and manifesto put down by the cabinet may still create more risk aversion in the Euro. This is coupled with the Spanish situation where Spain’s Rajoy will be removed from office as early as today. The EUR has been rocked all this week by political turbulence and EURUSD has rejected the 1.17000 level again.

The G7 is meeting today in Canada. Any comments made by participants can result in market moves.

Eurozone Consumer Price Index – Core (YoY) (May) came in at 1.1% with an expected reading of 1.0% against the previous 0.7%. Consumer Price Index (YoY) (May) was 1.9% against an expected 1.6% from the previous 1.2%. The recovery in the Euro area is still strong and growing despite some questionable economic data potentially weather related. CPI is stabilizing around 1.2%/1.3% with today’s reading expected to exceed that area and giving a new data high for 2018. The Unemployment rate ticked higher to 8.5% against an expected 8.4%. This number came in at 8.5% previously but was revised up to 8.6%. This is a case of the number still falling but not by as much as was hoped for. EURUSD fell from 1.17229 to 1.16729 following the release of this data. 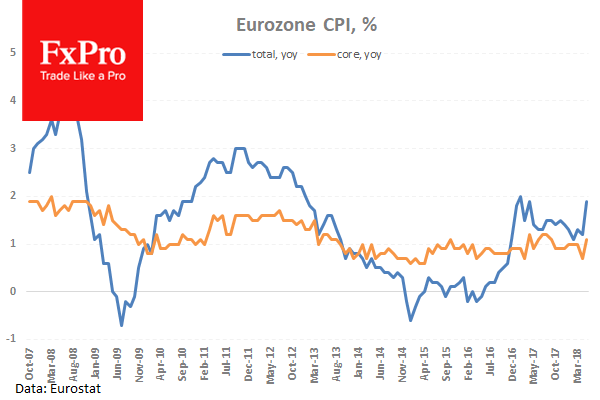 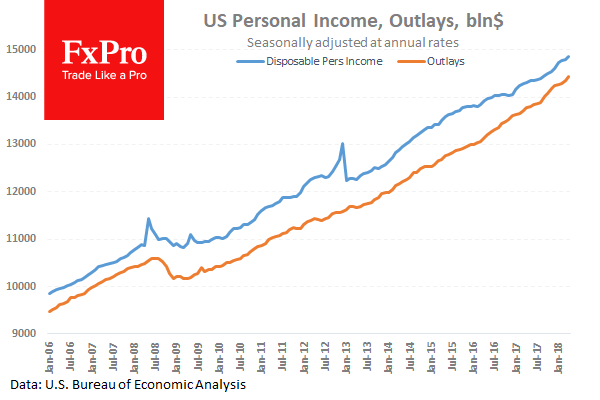 Continuing Jobless Claims (May 18) was 1.726M with an expected reading of 1.749M against 1.741M previously which was slightly revised up to 1.742M. Initial Jobless Claims (May 25) were 221K, coming in lower than the expected 228K with a reading of 234K previously. This data is now showing a decrease in the number of people who are jobless after printing a lower high in the data last week. GBPUSD fell from 1.33370 to 1.32785 as a result of these data points. 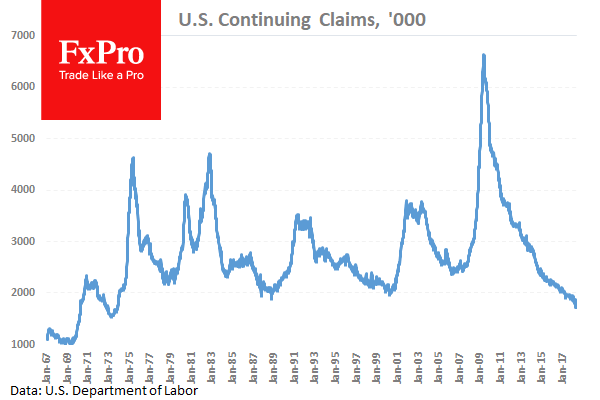 Canadian Gross Domestic Product (MoM) (Mar) beat expectations to come in at 0.3% against the expected 0.2% from 0.4% prior. Gross Domestic Product Annualized (QoQ) (Q1) was 1.3% against an expected 1.8% from 1.7% prior. This data shows that growth remains in expansion and is turning higher from the previous month’s low of -0.1%. The quarterly data dropped lower than expected but this is a function of the lower readings in Q1 as opposed to Q4 as volatility increases. USDCAD rallied from 1.28612 to 1.29774 following this data release. 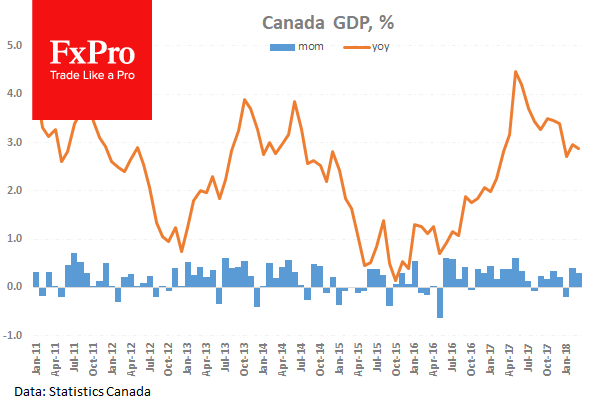