EURJPY
The EURJPY pair is at an interesting spot today, retesting the broken black support trend line as resistance at 127.792. The implication here is that a failure to break back higher will drive price to new lows. After falling below the 127.000 area on Wednesday price entered a barren zone on the chart where there was little in the way of support/resistance. After price fell through this zone it found support around 124.600 and rebounded higher to retest the trend line today once again rapidly moving through the barren zone. A move down to the low of this week could see price find some support along the way but with rallies being sold and the trend being to the downside it is likely that a push under 123.000 towards 122.557 is on the cards.

The price tumbled down last week when it rejected the moving averages around 131.000 with a loss of the blue trend line support at 129.750 sealing its faith. A recovery above 128.000 and a successful retest of the black trend line as support would encourage long positions. But ultimately the 131.000 area has to be overcome in order to have any chance of creating a higher high. Political instability and Trade Tariffs are creating turmoil in markets with the distinct chance that trend may be about to break. 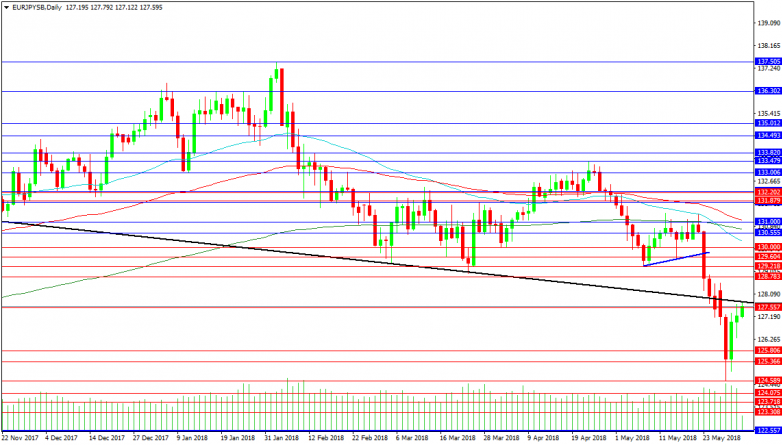 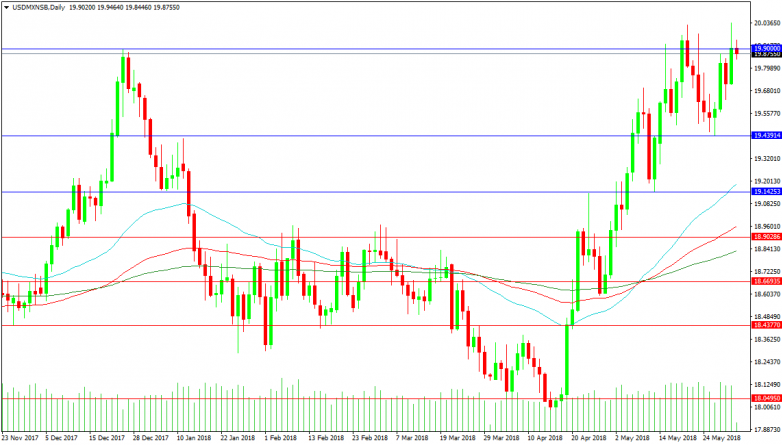