AUDUSD
The AUDUSD pair has been boosted today by better Australian economic data leading to a move up to resistance at the descending Blue trend line at 0.76425. A retest of this trend line confirms the area as resistance and price has now initially pulled back away from the line. The level has been used as resistance in November/ December 2017 and as support in March/April 2018. Traders will look to engage with the market in this area of the chart. A rejection back under 0.76000 could see a push lower develop and the price look to resume the down trend as far as 0.75000. At this point a decision needs to be made with a move back higher to break out or a loss of the level and a journey to test the channel bottom at 0.73100. A loss of this level would trigger further selling and a move to 0.70000. 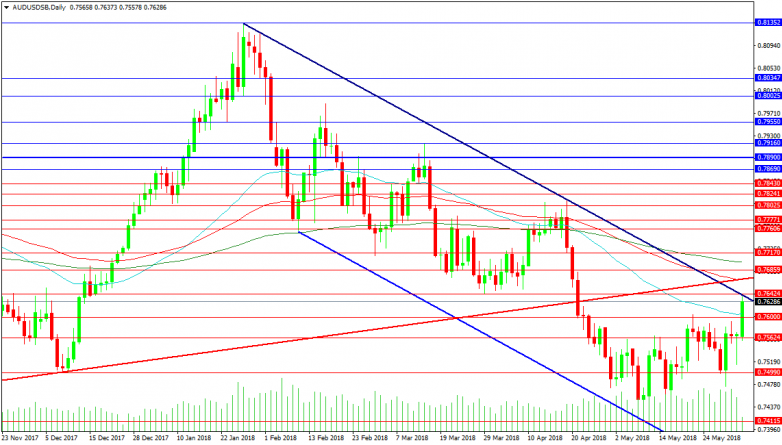 UK 100
The leading UK index has been rocked with volatility in recent sessions after its spectacular rally from the March lows. The 7600.00 level featured as support and this remains the key point of control on the daily chart. In the lower time frames the rally on Wednesday would have signalled a long setup with 7690.00 the invalidation level of this move. A break above 7800.00 can see 7900.00 retested and price pushing higher to 8000.00. The index seems to have broken away from the general themes in the broader market with moves on GBP cushioning and dampening the turbulence and providing buyers to prop up prices.

Clearly the current leg higher is subject to this goldilocks scenario being maintained. A loss of 7600.00 could damage some of the more recent long positions but it is the 7400.00 level and the 200 DMA that would become a battleground for bulls and bears as it has been for much of 2017. A loss of that area would see sellers in full control as was the case with the recent selloff in early February when the index dropped 400 pips when 7400.00 was lost on the 5th of that month. A risk off senarion could target the low at 6835.70 and extend to 6773.00. 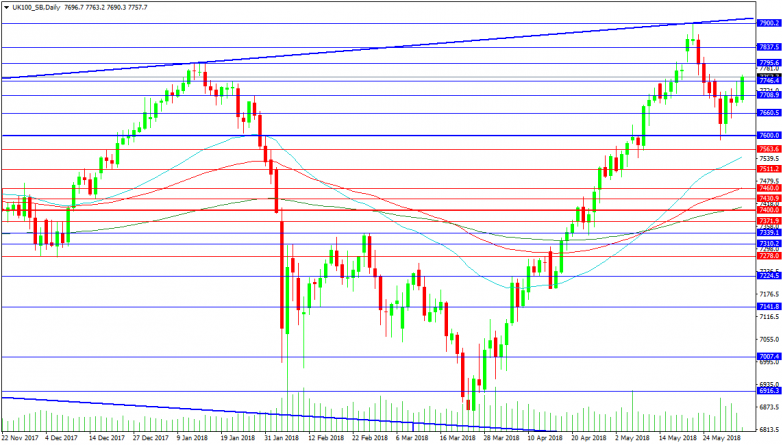