FxPro Forex Analysis: US 30 and USDJPY

The US 30 index has broken out of its bull flag on Monday and extended higher into resistance at 25240.00 today. There are a lot of conflicting stories that the market is choosing to ignore such as trade tension and forward guidance against beats on earnings and better economic data. The breakout was retested on Tuesday with the spike lower. This bull flag was unusual in that it was taken as a parallel from the lower two touches and projected higher. Nevertheless the opportunity was taken and price pushed over 24861.80 which was also retested to further confirm the bullish stance. Targets overhead now come in at 25500.00 and 25820.00 with the 26000.00 level above and the high from January at 26700.00. 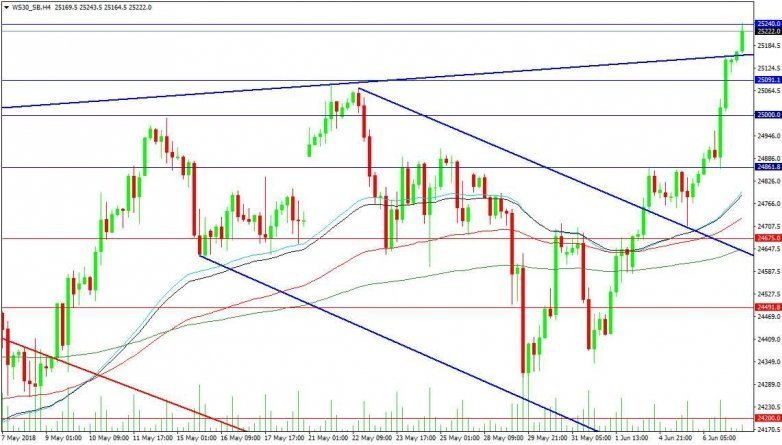 Support comes from the rising blue trend line at 25158.00 at present and it is likely that this area will be retested soon. It may also result in a retest of 25000.00 as support with a move under this area potentially signalling a failure to rally and resulting in a continued consolidation phase. The moving averages are in the zone from 24800.00 down to 24650.00 on the 4 hour time frame and buyers can be found in this area. A loss of 24625.00 and the falling trend line could result in a more aggressive pullback and a drop towards 24000.00.

The USDJPY pair is struggling with the 110.000 level at present and after making excellent progress yesterday it has slipped back under the level and the red trend line. The high from 111.391 remains the first significant target to the upside with 112.000 in extension. A break above 110.350 can see the pair advance rapidly to 110.838 but the current battle for 110.000 will have to be resolved first. 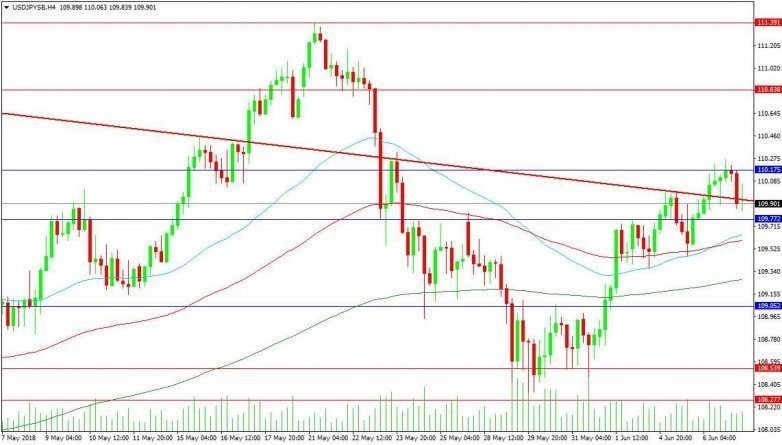