The AUDUSD pair is testing resistance at the first falling blue trend line today in an attempt to regain higher prices after failing at the red line last week. Price is trading between the resistance at 0.76150 and support at 0.76000. There is support to lean against at the 200 and 100 period MAs at 0.75893 and 0.75862 respectively but a loss of these levels can see a move to support around 0.75624. A move under this level would result in sellers engaging with the market as a lower low is created with a retest of the rising blue trend line at 0.75090 needing buyers to defend to avoid a push down to 0.74500.

Resistance at 0.76124 is the first hurdle to overcome but the area above 0.76640 becomes more difficult for longs. The high from the beginning of last week is positioned there with the upper blue falling trend line that was used as the high for last week. A Move above the blue line just pushes price into the red line at 0.76770and last week’s high. So as can be seen this band of resistance is tricky to negotiate but as time passes it will disperse. Above the 0.76859 level the 0.77110 level comes into view followed by the 0.77606 area. 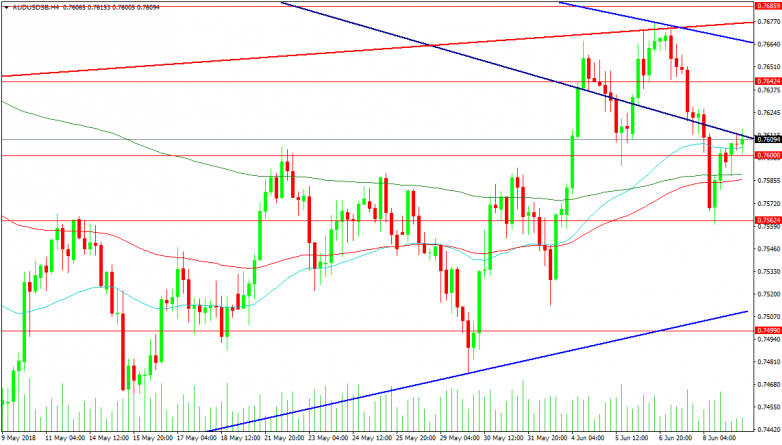