This pair was sent lower last week when it collided with the crossing of the resistance trend lines at 1.30657. Price fell to the area of the supporting 200 period MAs in a repeat of the move from the previous week. The rebound higher failed above 1.30000 and has since rebounded from its 100 period MA at 1.29200. The ongoing battle of wills between US President Trump and Canada is impacting the pair but with no clear winner price is largely range bound. Resistance is forming a zone from 1.30000 to 1.30704. A breakout higher targets the March high at 1.31241 with higher targets at 1.33000 and 1.35000. 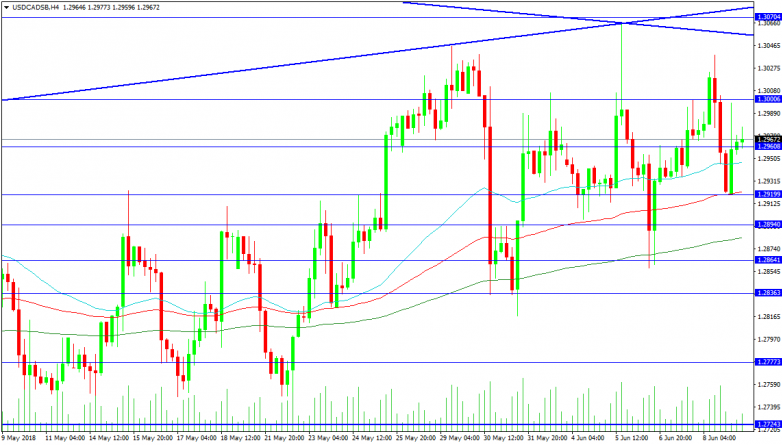