Britain’s statistics continue to indicate a slowdown in the UK economy. Today’s data showed a decline in industrial production by 0.8% during April against a forecast growth of 0.1%. The manufacturing industries, strong indicators of economic activity, lost 1.4% during the same period. The growth rate for the last year slowed from 2.9% to 1.8% and 1.4%, respectively. After such disappointing data, Sterling was subjected to a serious sale, losing 0.6% in less than two hours to trade down to the 1.3350 area hitting one-week lows. 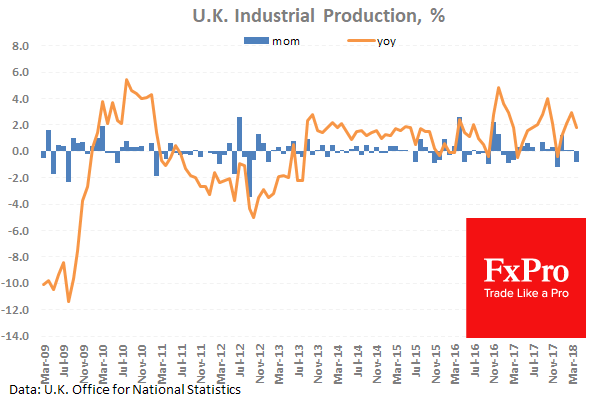 Such weak indicators indicates that the UK economy lost growth momentum even without the Bank of England having to raise rates. The earlier reported spike was based on a sharp weakening of GBP after the referendum on Brexit. This effect is now diminishing leaving only negative side effects among them near-record foreign trade deficit. The deficit grew to 14 Billion in April, according to data also published today, which is the second minimum value in history. 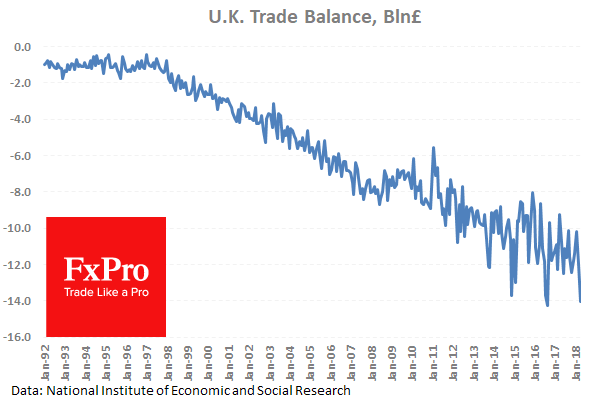 Additionally we saw weak data for the construction activity. After a fall of 2.3% in March it has only marginally recovered to 0.5% against an expected 2.4%. Following these data releases the estimation of growth of economy for three months up to May from NIESR did not reach expectations, pointing to a sluggish 0.2% growth. 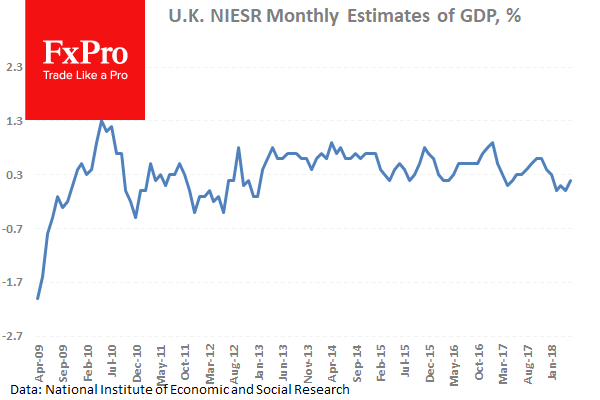 It is very likely that this will not be the last of disappointing news from Britain. Tomorrow the markets will pay attention to UK employment data. A series of weak data, including today’s, noticeably reduces expectations from the labor market, but can further pressure the British currency if it fails to present a positive outcome.