The G7 Summit deepened the rift between the US and its closest allies with Canada taking the brunt of the damage. What the fallout for NAFTA will be remains to be seen. The impact on Mexico also remains unclear with the USDMXN pair cycling between 20.64168 and 20.20390. The market moved higher since the April low and rallied above 20.00000 on the lead into the meetings. Resistance at 20.64168 has been tested and 21.00000 remains the next area where sellers could be waiting. Further on the 21.38828 corresponds to the late 2016 high with a double top formed at 22.02739. 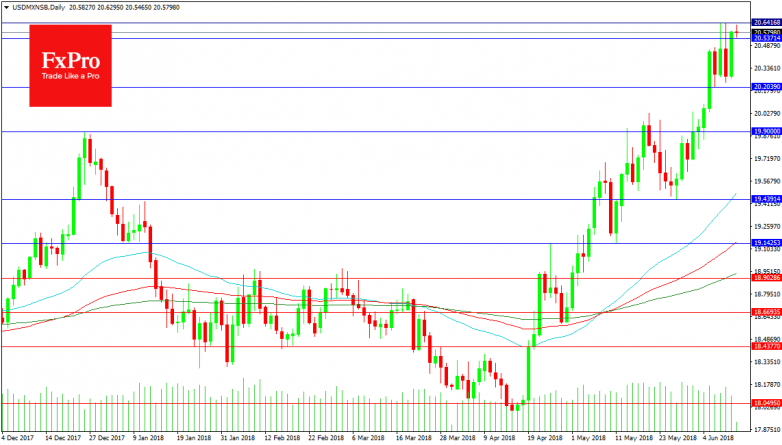