FxPro Forex Analysis: Markets take a breath ahead of the FOMC Rate Decision this evening

The global markets are holding steady as traders position for the FOMC today and the ECB tomorrow. In an interview with FOX News US President Trump suggested that there will be additional tariffs imposed on China on Friday focussed on Chinese agricultural products. Chinese stock markets are down as a result but most other markets are steady today ahead of the FOMC Rate Decision to be announced later. During the same interview the President said that “War Games” would be suspended whilst negotiations are ongoing with North Korea in a show of good faith. He also made the comment that the Iran deal was worse than NAFTA, highlighting the dire situation for the trade agreement in North America.

UK Average Earnings excluding Bonus (3Mo/Yr) (Apr) were 2.8% against an expected 2.9% from 2.9% previously. Average Earnings including Bonus (3Mo/Yr) (Apr) were 2.5% against an expected 2.6% from 2.6% previously. Wage growth is holding steady in the same range for three years, with this month’s number weaker than the expected readings. ILO Unemployment Rate (3M) (Apr) came in as expected at 4.2% compared with 4.2% previously. Claimant Count Change (May) was -7.7K against an expected 11.3K from a previous reading of 31.2K which was revised down to 28.2K. Claimant Count Rate (Jun) came in the same as the previous number at 2.5%. The unemployment rate is at multi decade low around 4.2%. The Claimant count had its drop confirmed after exceeding expectations and surprising to the upside last month. GBPUSD hit a high of 1.34183 when the data came out but ended up selling off to 1.33502 before the US session began. 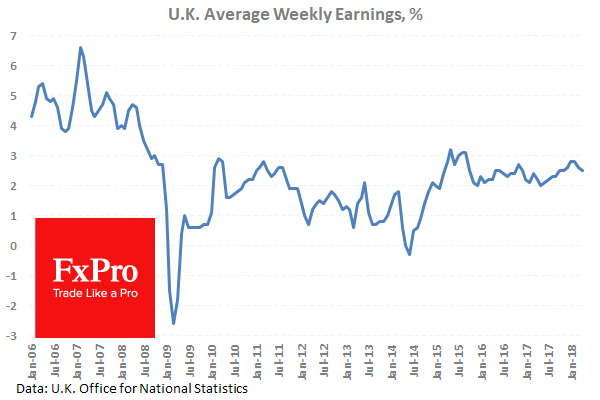 German ZEW Survey – Current Situation (Jun) fell to 80.6 against an expected 85.0 from a prior 87.4. ZEW Survey – Economic Sentiment (Jun) came in at -16.1 below the expected -14.0 from -8.2 previously. These data softened as the economic data in Germany and the wider Eurozone disappoints. The deteriorating trade environment is also a head wind for business outlook. In April the sentiment dropped below zero and continues to decline. 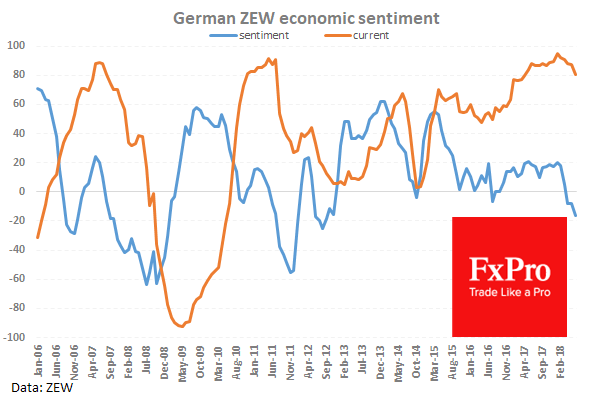 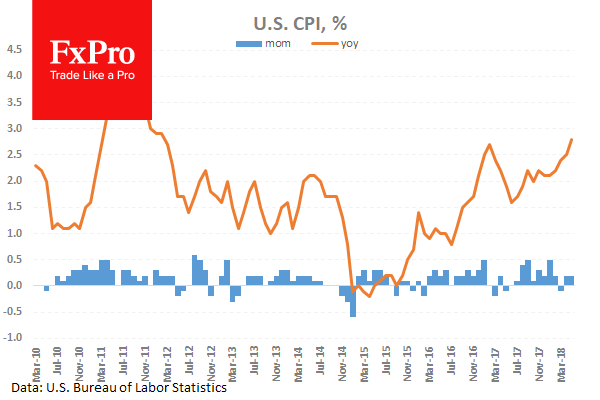