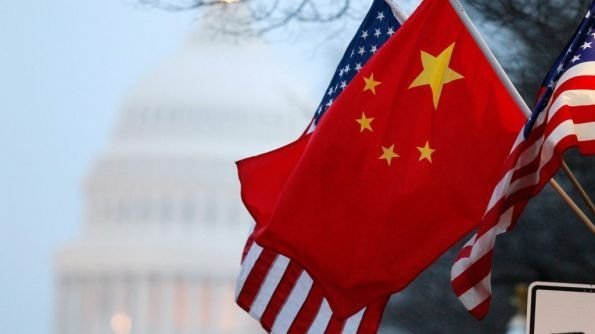 While there was risk yesterday from Central Bankers very little was said to move the market. Instead the Trade War narrative boiled up again with the latest headlines that US President Trump is planning to impose an additional $200Bn in tariffs against China. The increase in intensity has markets rattled with stocks lower globally, Japan 225 Index down -1.75% overnight, and strong moves in USD Index as it fell below $95.00 yesterday, currently trading at $94.66. There was a noticeable shift in sentiment with USDJPY back down under 110.000 overnight. AUDUSD fell to a one year low at 0.73806 as Australia is at risk of spill over from the impact of US tariffs on China.

In Germany, Angela Merkel is under pressure politically as a two week deadline was imposed upon her to agree a deal on migrants. This deadline will fall at the end of June and failure is likely to result in a break in the coalition and her being forced from her position as Chancellor. The German 30 Index fell yesterday -1.3% from 13064.00 and has declined further overnight with the index expected to open around 12710.00.

US WTI Oil staged a recovery yesterday from support at $63.36 to a high of $65.78 after declining on Friday ahead of OPEC meetings this week. Headlines suggested that the production increases to be discussed at the meeting were much less that was reported, 300K to 600K against 1M to 1.5M barrels per day. The preliminary meeting is taking place today in Vienna and the market may be impacted by headlines from participants. Russia and Saudi Arabia want to increase production while Iran, Iraq and Venezuela want to maintain current levels.