The AUDJPY pair was hammered overnight as US President Trump announced his wish to impose a further $200 Billion worth of tariffs on trade with China. The Australian economy is largely dependent on exports of raw materials to China and the AUD reacted accordingly. The price broke under trend line support at 81.314 but remains above the March low at 80.480. This is a critical level for the pair with a fall under this support extending losses towards 80.000 and 79.162. It is possible that the trend line is retested and this will determine the next move after this decline. 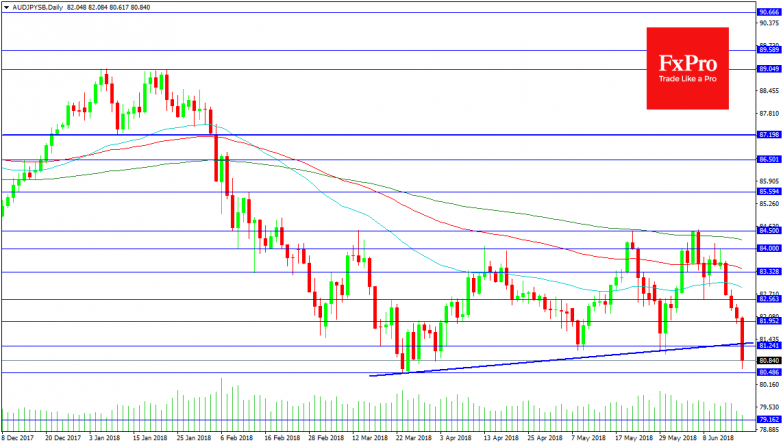