This pair is reversing the drop lower after the ECB announcement. The pair has traded above 0.88000 yesterday and was using its 50 period 4 hour moving averages as support in an attempt to eke out gains. This market has been in a sideways range for many months so traders are watching for a breakout above 0.90000 with this week’s price action restoring their hopes. The retracement this morning has gotten to 0.87988, close to the 0.88000 target. A break higher hopes to test the recent high at 0.88364 and then push to the falling red trend line at 0.89000. A break above this line would see 0.89674 tested with support built at the 0.89000 zone. 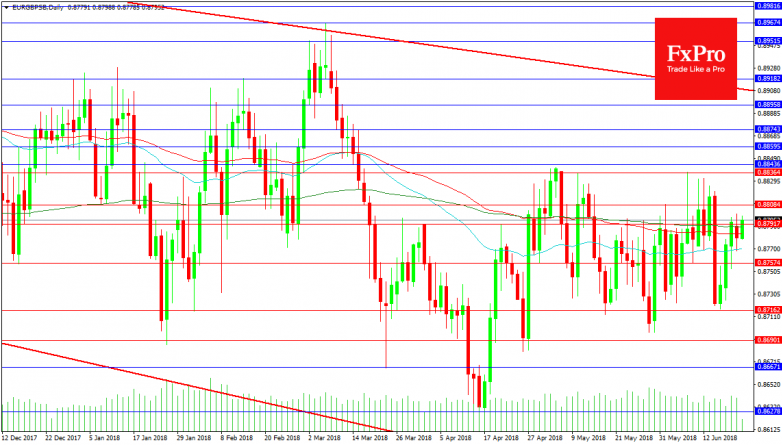