Markets have maintained the themes from yesterday overnight with the USD showing weakness on the back of poor Philly Fed data. The US Supreme Court ruled yesterday that US States can require companies selling products through the internet to collect tax from those sales. Amazon, Ebay and Etsy share prices all fell dragging down US Indices and continuing the declines from the European session. The Nasdaq led the declines finishing down -0.88% while US 10 year yields dropped -4.2 Bps.

The Bank of England left their Interest Rate Decision unchanged at 0.5% yesterday with a vote of 6-3-0 against an expected 7-2-0. Haldane, McCafferty and Saunders dissented. BOE Asset Purchase Facility was maintained at £435B, unchanged from £435B previously. All the members agree that the Q1 slowdown was temporary and household spending and sentiment have bounced back strongly. The Bank won’t consider reducing QE until rates reach 1.5%. The reaction in GBP was from Haldane’s vote with GBPUSD up from 1.31333 to 1.32693. 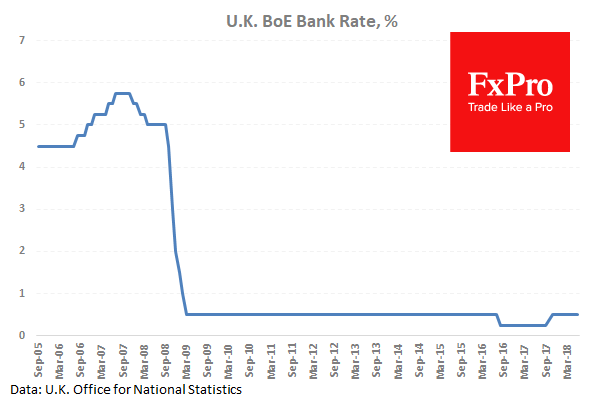 US Continuing Jobless Claims (Jun 8) were 1.723M against an expected 1.730M from 1.697M previously which was revised up to 1.701M. Initial Jobless Claims (June 15) were 218K versus an expected 220K against 218K previously which was revised up to 221K. This data is showing that the number of new claims is stable while continuing claims remains very close to its lows as workers are recruited to jobs. 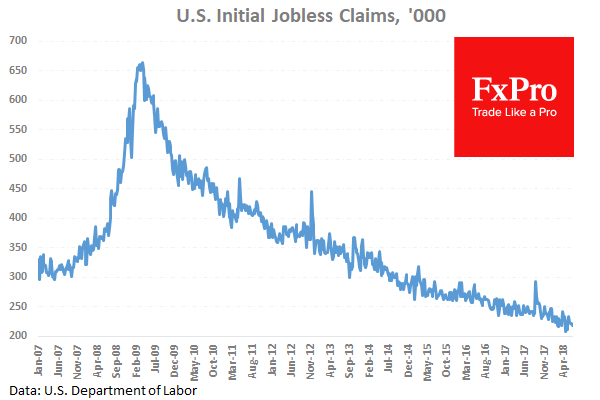 Philadelphia FED Manufacturing Survey (Jun) was 19.9 against an expected 29.0 from 34.4 previously. This data surprised to the upside last month beating the expected 21.1 but the current reading shows this metric has erased the gains to reach a 10 month low. GBPUSD continued its move higher from 1.32139 to 1.32693 after this data release. 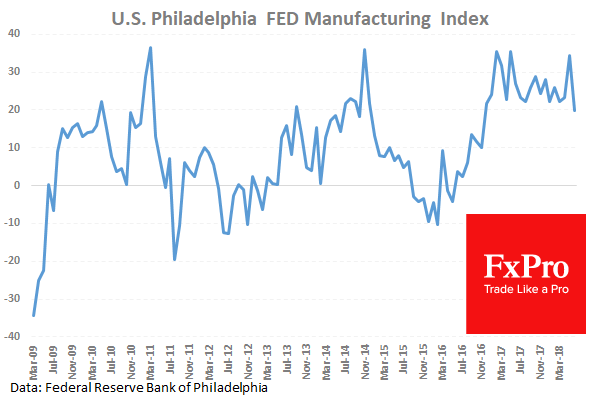 US House Price Index (MoM) (Apr) came in at 0.1% against an expected 0.3% from 0.1% previously which was revised up to 0.2%. This data was expected to increase from last month’s reading after declining from the reading in March of 0.8%, however it failed to do so and matched the previous number instead. A fall under 0.0% would be of concern since the data has remained above that level since 2011. USDJPY moved up to 110.314 before resuming its selloff to 109.845 in the following hours.