The USDJPY pair is trending back higher after dipping back to test the 108.000 zone as support. The price is consolidating around the 110.000 level with bulls and bears battling for control. It is possible that this is a Bull flag pattern on a daily time frame with a target of above 114.000 but the pattern is as yet incomplete. The immediate target for bulls is a breakout to 112.000 which was major support from December. The recent high at 111.390 bars progress with 113.674 resistance above.

Support comes from the 200 DMA at 109.667 and the major trend line at 109.573. A failure to push back under this trend line leaves the bulls in control but the dollar weakened yesterday as it attempted to breakout on weak Philly Fed numbers and a Supreme Court ruling to tax internet sales. A drop under the 50 and 100 DMAs down to 109.000 gives the bears a chance to attack the higher low at 108.108. Then the last trend line support can be tested at 107.500. These trend lines are acting parallel off of the main descending line and as mentioned may form a bull flag pattern. A close under 107.000 can see the down trend resume and 106.000 and 105.000 tested in quick succession. 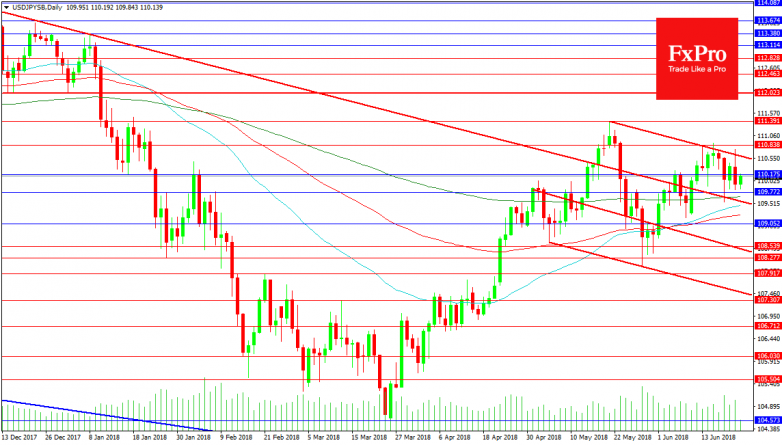