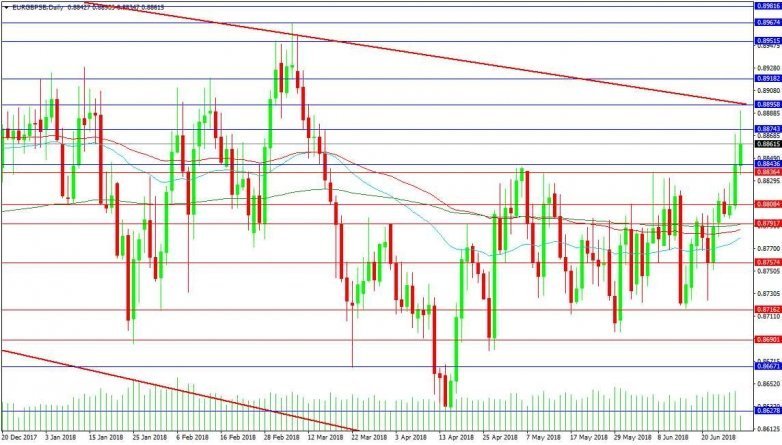 The EURGBP pair moved higher overnight as an agreement was reached during the EU summit on an Immigration Deal. The agreement showed European unity and sent the EUR higher but the content of the deal sees immigrants distributed around the countries willing to accept them. This may damage German Leader Merkel on the home front and so concerns over her position have diminishes but not disappeared. The move higher has faded somewhat from the high at 0.88885. Trend line resistance is planted at 0.88958 buffering the 0.89000 level. A break above this point can see a test of 0.89182 followed by the recent highs at 0.89675.