FxPro Forex Analysis: Risk off to start the week as Germany’s Coalition strains

Political tension in Germany is dominating the headlines as we start a new week. The EU Immigration deal reached last week gave a short term boost to the risk on side but now that the dust has settled cracks have appeared in the German Coalition. The increase in the number of migrants being accepted by Germany is fracturing the government and the leader of the CSU, Seehofer, has offered to resign if his party splits the coalition.

On the Brexit front a record 75% of companies said they were pessimistic about the outcome of leaving the EU. The UK Government’s Chief Brexit Negotiator, Oliver Robbins, has said that they have no chance of striking a bespoke trade deal with the EU. The trade war rumbles on as US President Trump targeted the EU in his latest speech, saying they were “as bad as China, only smaller”. He highlighted the importing of EU made cars and agricultural produce saying that the trade in these areas in one sided. Chinese equity markets are down and European futures are pointing to a lower open. 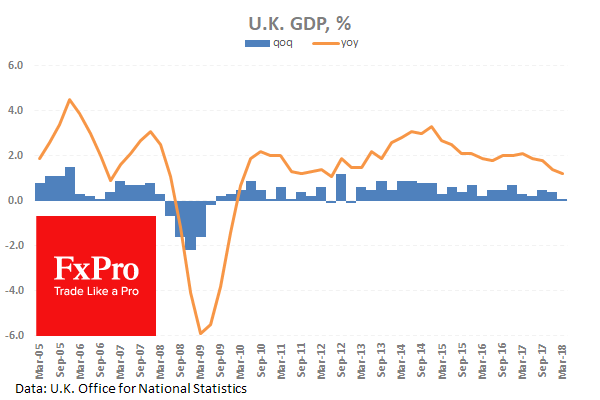 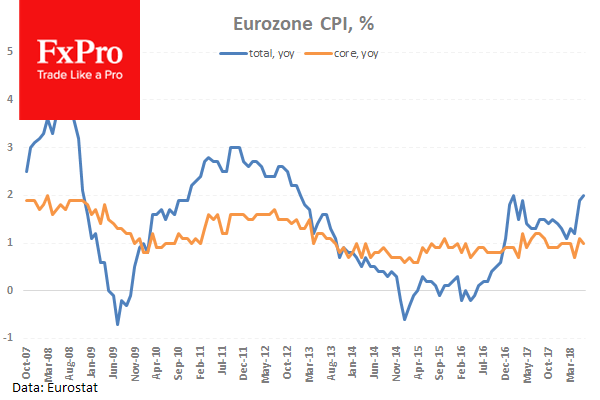 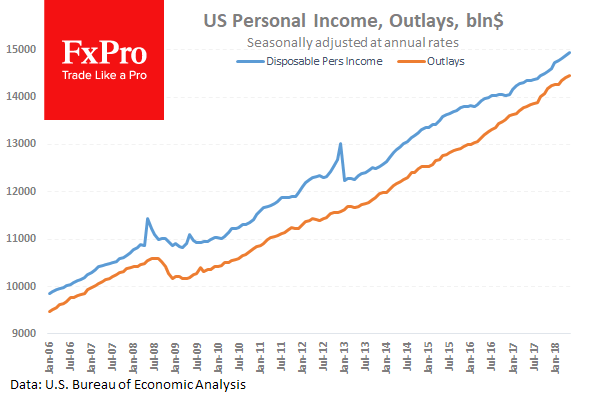 Canadian Gross Domestic Product (MoM) (Apr) was 0.1% against an expected 0.0% from 0.3% prior. This showed that growth has flat lined and is has managed to remain above the zero mark but is vulnerable to a drop in negative territory. USDCAD fell from a high of 1.32592 to 1.31360 after the release. 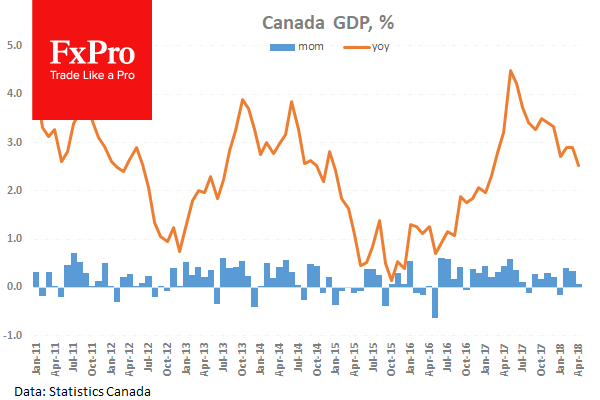