FxPro Forex Analysis: RBA leaves rates on Hold at 1.5%, while Merkel holds onto power in Germany

The RBA left rate on hold at 1.5% for Australia saying that inflation is likely to remain slow for some time, household consumption remains a source of uncertainty while low wage growth is likely to continue for some time. AUDUSD moved up from 0.73299 to 0.73607 and continues to climb as a result. 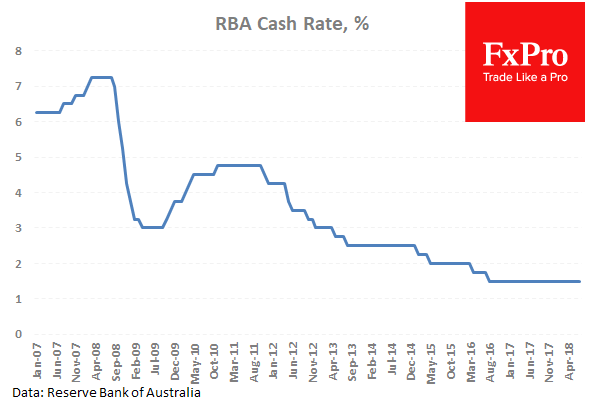 US WTI Oil moved higher as Libya declared a force majeure on its supply commitments as government forces have lost control of port facilities needed to export crude, with the action lowering supplies by 850K bpd. US Private inventories data will be released later today with a strong draw of 4.5M barrels expected.

Stock markets are stabilizing today as Asian equities are showing mixed results. An agreement reached in German late yesterday has removed some pressure from Angela Merkel and a small relief rally brought the DAX higher.

UK Markit Manufacturing PMI (Jun) was out with a reading of 54.4 against an expected headline number of 54.0 from 54.4 prior which was revised down to 54.3. The reading shows that the data beat expectations and was in line with the previous number. Slower output growth was a factor cited in the weakening number despite stronger new order inflows, strengthening job creation and is off the November highs. GBPUSD moved up from 1.31539 to 1.31749 following this data release. 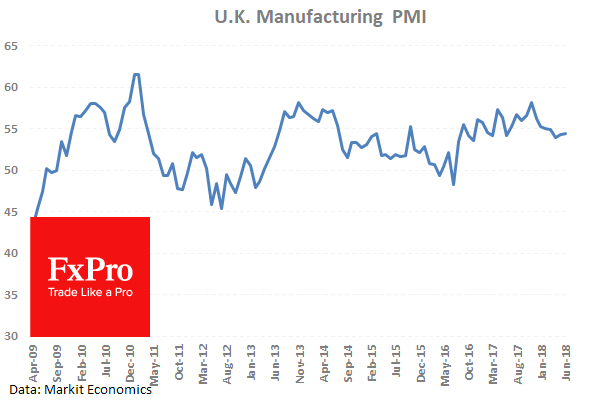 Eurozone Unemployment Rate (May) was 8.4% against an expected 8.5% from the previous 8.5% which was revised down to 8.4%. The Unemployment Rate fell to a new low of 8.4%, a level not seen since August 2008. It had remained at 8.5% for the last three readings showing that the labour has stabilised somewhat. It is estimated that there is now 13.656M people unemployed in the euro area in May. EURGBP moved up from 0.88377 to 0.88522 after this data release. 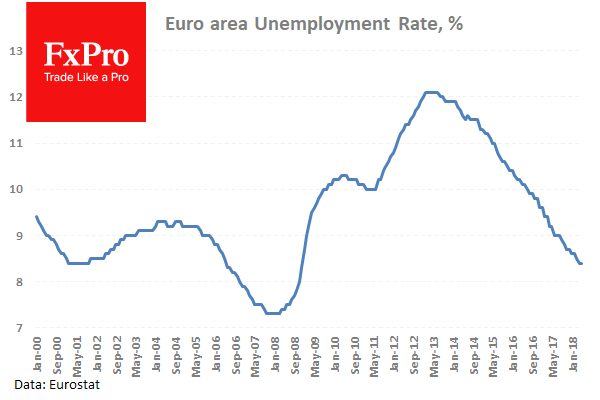 US ISM Prices Paid (June) was out at 76.8 against a consensus of 76.2 expected. The previous reading was 79.5 and this shows a beat on the forecast of drop in the cost of goods and services from the previous month’s number. ISM Manufacturing PMI (June) was also out and came in at 60.2 beating the expectation of 58.1 from 58.7 previously. This number is moving higher towards the high of 60.8 in February. USDJPY fell from 110.905 to 110.671 after this data release. 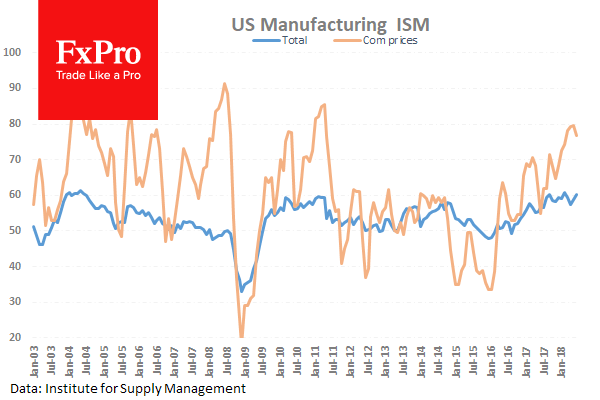