The FOMC minutes highlighted some increased risks to the US economy particularly concerning trade relationships but the view still holds that the Fed should and will stick to its path of rate hikes with another two hikes being the consensus for 2018. The path of rates hikes will continue into 2019 with the Fed achieving a neutral policy in that year. Despite the hawkish policy the FOMC minutes tempered the tone with concerns and risks, making the USD less attractive and causing little movement in FX pairs. Stocks sold off initially in response to the minutes but recovered and are drifting higher despite today being the start date for US and Chinese tariffs. The market is positioning ahead of the Nonfarm Payroll data release later today that is expected to show a growth of employment by 200K.

US ADP Employment Change (Jun) was 177K against an expected 190K from 178K previously which was revised up to 189K. This data has fallen under 200 last month showing that the US economy is continuing to add jobs but at a slower pace than recently. The data was expected to beat the previous reading which had formed a low for 2018 so far at 178K, but this was not the case as a soft reading fell by 1K to record a new low. EURUSD moved up from 1.16061 to 1.16195 after this data release. 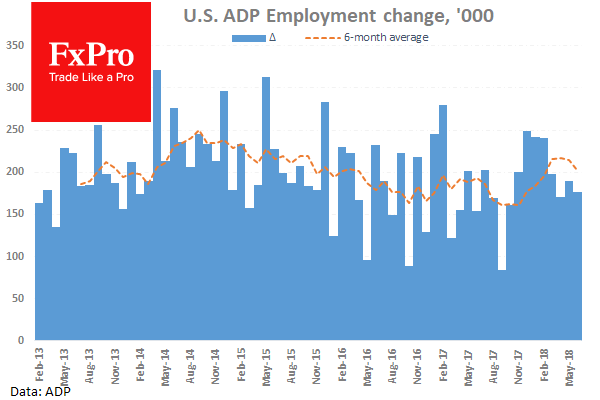 US Initial Jobless Claims (Jun 30) were 231K against an expected 225K from 227K previously which was revised up to 228K. Continuing Jobless Claims (Jun 23) were 1.739M against an expected 1.720M from a prior 1.705M which was revised up to 1.707M. This data was expected to show a rise in continuing claims with a small drop in the number of initial claims expected but the latter was actually higher than expected and beat the previous reading, showing an increase in joblessness. GBPUSD fell from 1.32741 to 1.32559 after the release. 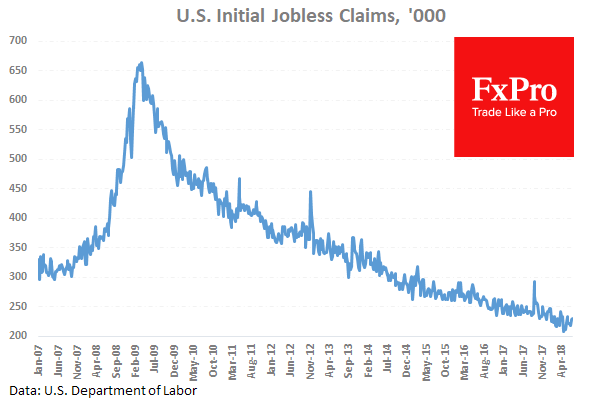 US Markit Services PMI (Jun) was 56.5 against an expected 56.5 against a previous number of 56.5. This data came in to match last month’s reading. Markit PMI Composite (June) was 56.2 against an expected 56.0 from 56.0 previously, continuing its recent gains after a pickup in this metric over the last few months. USDJPY moved up from 110.585 to 110.651 after this data hit the market.

US ISM Non – Manufacturing PMI (June) was 59.1 against an expected 58.3 from 58.6 previously. This data outperformed last month with a strong gain after falling from a high of 59.9 in February. This shows a pickup in the sector that turned the lower expectation for this reading on its head. EURUSD fell from 1.17051 to 1.16908 after this data release. 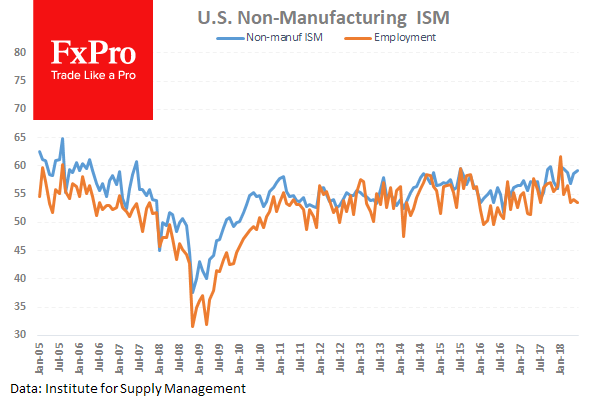