A break under 1.16600 would under normal trading conditions require a lot of energy given the fact that the 100 and 50 period Moving Averages are in close proximity at 1.16585 and 1.16543 respectively. But NFP day is not a normal market trading day and it pays to broaden the view when looking for support and resistance. There for a break under this level can be part of the initial reaction to the data and the market may need time to decide on a firm move and new trend. A break under 1.15926 and the 1.16000 would be of more significance. The lows over the last three weeks have been bought between 1.15515 and 1.15100 so expect buyers to engage in that zone. A loss of that area can result in a move lower to 1.14579. 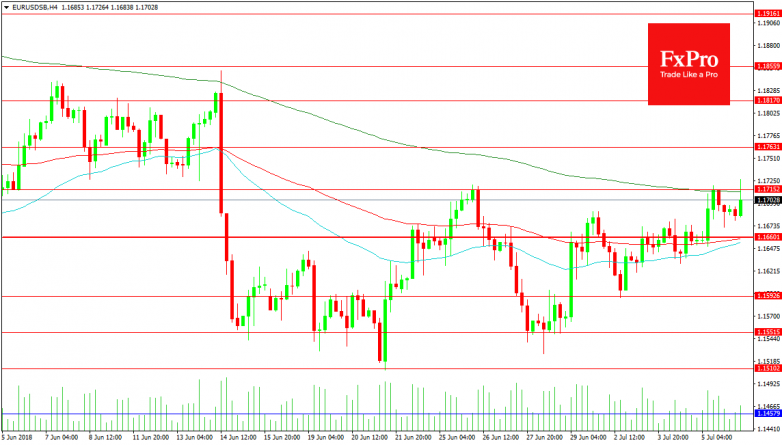