The UK’s Brexit Secretary David Davis has resigned along with two junior ministers, Steve Baker and Suella Braverman, over PM May’s latest softer Brexit proposals that were agreed at a cabinet meeting over the weekend. He said in a statement that his role requires an “enthusiastic believer” in May’s approach rather than a “reluctant conscript”. GBP reacted to the data during a period of lower liquidity with GBPUSD selling off a little from 1.33139 to 1.32846. The full impact of the move has yet to be priced in with the possibility that PM May now places a more “enthusiastic believer” in the role which could result in a shift in Brexit negotiations going forward. Alternatively this may result in a no-confidence vote and a leadership contest. All in all it is shaping up as an interesting week ahead in UK politics.

US Non-Farm Payrolls (Jun) came out with a number of 213K against an expected 195K from a prior 223K which was revised higher to 244K. This measures the change in the number of employed people in June which is up from the forecast with a higher revision. The Unemployment Rate (Jun) was 4.0% against an expected 3.8% with a prior of 3.8%. This measures the percentage of the total workforce unemployed and actively seeking employment during June and is shown to be increasing. 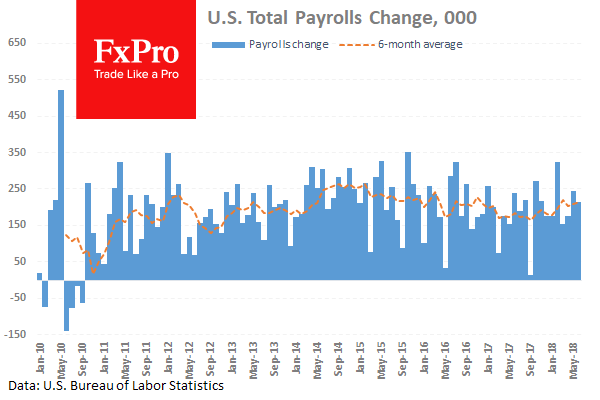 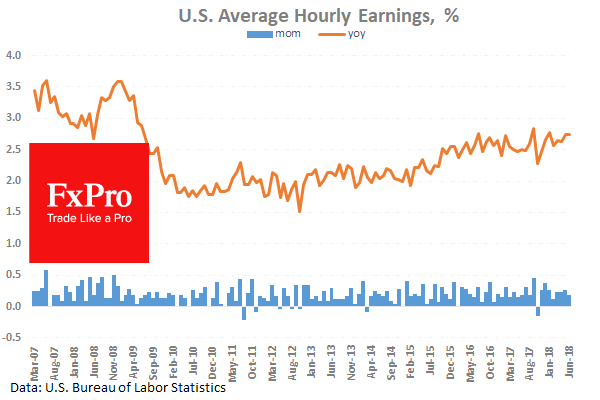 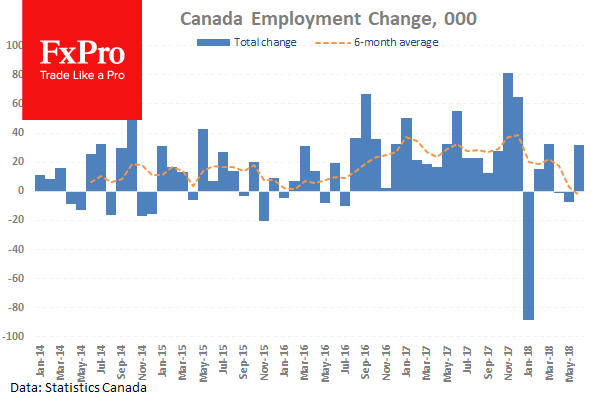 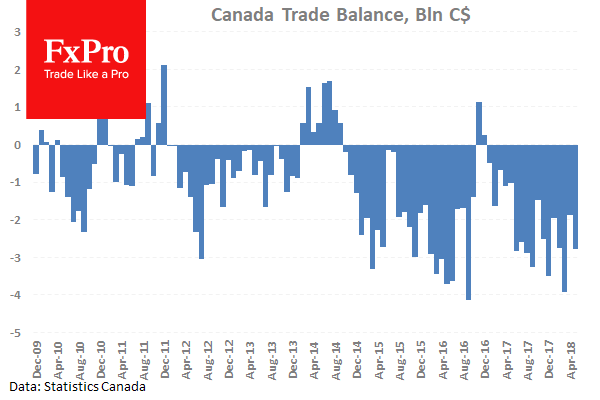 Canadian Ivey Purchasing Managers Index s.a. (Jun) was 63.1 against an expected 63.2 from a previous 62.5. Ivey Purchasing Managers Index (Jun) was 65.1 down from 69.5 previously. The data dropped from the April reading which was the highest since 2011 at 71.5 and slipped under expectations. This data is showing robust growth, despite the fall as it is now at recent levels, continuing one of the longest positive runs with over 20 months above 50.0. USDCAD moved up from 1.31050 to 1.31177 after this data release.

Baker Hughes US Oil Rig Counts was released with a headline number of 863 up from last week’s 858 from 859 previously. Oil prices fell last week after a build in inventories following 3 weeks of bigger than expected draws. WTI Oil can become volatile around this data release and will be in traders’ minds when trading resumes on Monday. WTI finished higher on Friday to close at $72.39. 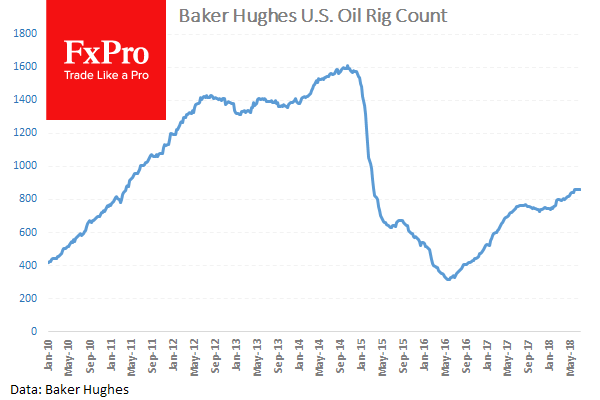