This pair has now found some support at 0.73100 and buyers have stepped into the breach to prop price up. The pair has been traded on trade war tensions, with the US implementing sanctions against Australia main export market for natural resources, China. Thus headlines concerning these developments are of great importance to this pair. The support of the May low at 0.74115 and the 0.74000 level will play an important role in the days ahead if a retracement is to take place. Falling trend line support comes in at 0.71594 which is the low reached in December 2016. 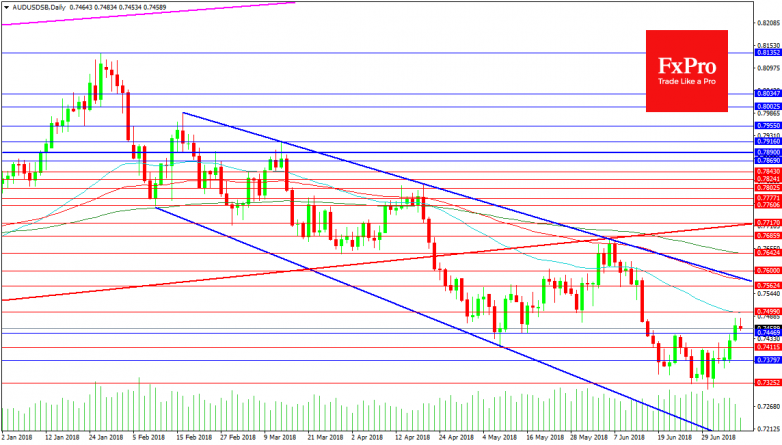