The WTI Oil price fell from $72.98 to $68.68 yesterday despite the inventories data showing a draw of -12.6M barrels which is the biggest since September 2016. Libya has said it would lift restrictions on exports and production would return to normal levels from close to 0.5M bpd back to 1.3M bpd. Saudi production has also increased by 0.7M bpd to 10.7M bpd in June responding to President Trump’s call for lower prices. Increased production can lead to further pressure on prices. 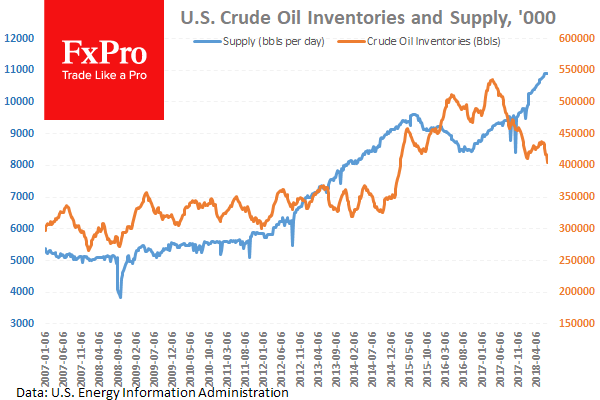 The USD strengthened to reverse much of its declines yesterday from trade war headlines with stronger PPI data and trouble in emerging market currencies adding to the push higher. The market grew tired of waiting for a Chinese response while US Senators passed a motion to review tariffs based on national security grounds, opening the way for some of the recent tariffs to be repealed in future. USDJPY roared through the 112.000 level and hit a high of 112.376 overnight. Stocks markets have found support and are attempting to rally higher as the risk off mood fades. US president Trump is meeting with NATO again today before he departs Brussels for the UK.

US Producer Price Index ex Food and Energy (YoY) (Jun) was 2.8% against an expected 2.6% from a previous reading of 2.4%. The FED will be analysing this data for developing trends in consumer inflation, with an increase in prices putting upward pressure on inflation. EURUSD moved higher from 1.17248 to 1.17579 after this data release. 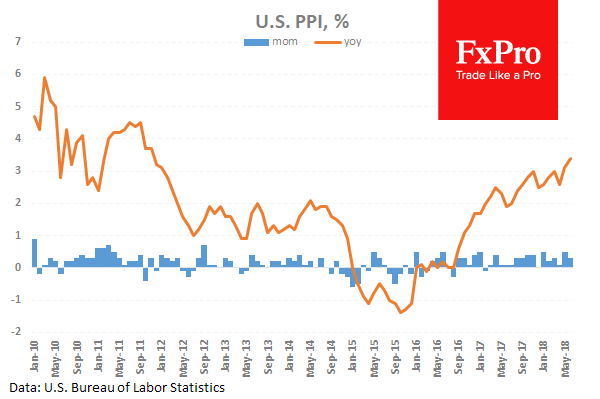 Bank of Canada Interest Rate Decision and Rate Statement were released along with the Monetary Policy Report. The Rate Decision came in as it was expected to, with an increase from 1.25% up to 1.50%, the second hike this year after the Bank hiked rates in January. The Rate Statement confirmed that the Banks would like to continue to hike rates at a gradual pace that is data driven. USDCAD fell from 1.31446 to 1.30636 as a result of the releases but moved higher to an overnight high of 1.32175, unwinding the entire reaction move down. This was caused by a combination of factors including comments from BOC Governor Poloz in the press conference and Oil price moves. 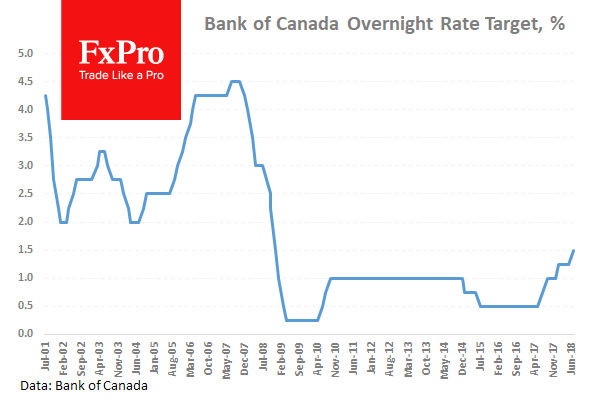