The metal has plunged lower to support at 1240.00 yesterday after retracing last month’s decline to the 1265.80 level. The 1240.00 area was the target for the double top from 1365.30 and it would appear that sellers are taking profit in this area. The low reached was 1237.50 and any move under this area could point to an extension of the move towards 1200.00. It is also possible that buyers step in around the lows and develop a double bottom pattern on the chart. This would initially target the 1290.00 on current estimation. 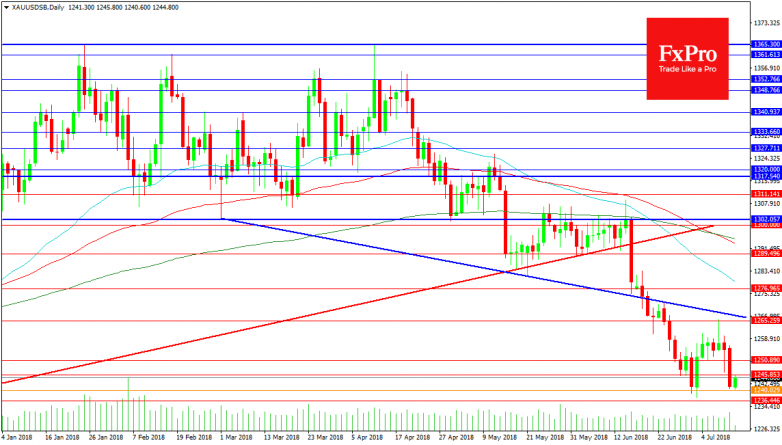