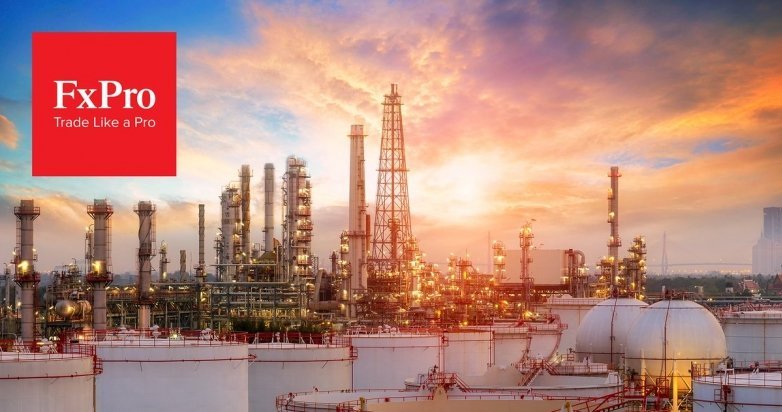 On Monday, the dynamics of oil was in the spotlight on a combination of negative factors by both the potential demand and the supply part. Asian markets lose 0.5%-0.7% on Tuesday morning. After returning to the highs area since March, the American S&P 500 lost growth momentum in anticipation of further signals from the economy or the Fed’s chairman.

The dollar index has continued its decrease since Friday, losing 0.8% in the meantime and failing to stay in the area of year highs near 95. The pair EURUSD managed to return to the area above 1.17 on Monday and is currently trading on 1.1715 after Fed’s Kashkari calls to make a pause in rate hikes to avoid the yield curve inversion.

The gold is trading at $1240 per ounce – at around the one-year lows reached on Friday. This precious metal has lost more than 125 dollars since April on fears that trade conflicts would slow down the Asian economic growth, as well as due to the interest rates rising, which increases the attractiveness of bonds – alternatives to gold.

Quotes of Crude Oil and petroleum companies were under pressure after the report that Libya had been ready to fully resume the shipments. Brent lost on Monday more than 4%, and collapsed to the lowest levels since April, to the area of $72 per barrel Brent. In addition, the prices of oil companies had come under pressure, which caused the negative closing of the American S&P 500 with a fall by 0.13%. Besides the news from Libya, oil is pressed by the US administration’s intentions to open a strategic stock to push the quotes lower. Moreover, the attitude of Russia and Saudi Arabia to increase actively its production is an additional factor of pressure from the supply side for Crude Oil.

Asian exchanges on Tuesday morning continue to lose its positions after the disappointment by Chinese statistics published on Monday. The growth rate of the Chinese economy sank to a two-year minimum at 6.7% yoy, and the industrial production slowed noticeably above expectations. In addition, investors are hesitant about the prospects of trade wars between the major partners. In the worst-case scenario, it will seriously suppress the global economic growth and will lead to a decline in demand for oil and other types of raw materials.

Besides, on Tuesday, the focus of the markets will be on Powell’s first speech in the U.S. Congress as a Fed Chairman. The markets are set to hear a confirmation of the tightening policy, but will listen carefully to the assessments of trade conflicts risks. The confidence that the U.S. economy in the upcoming quarters will stay on track for impressive growth would support the dollar and cause a wave of growth in short-term interest rates on debt markets. The reaction of the stock areas in this case can be somewhat complex. Active tightening can reduce the attractiveness of stocks in the U.S. and provoke the risky assets sale all over the world.