FxPro Forex Analysis: The potential of USD growth is limited 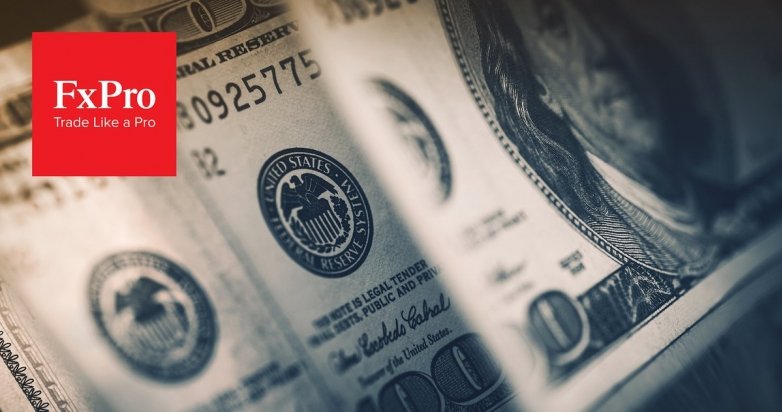 Powell’s speech with the semiannual report in the U.S. Congress contained an optimistic view on the economic outlook. Such a tone has reduced fears that trade wars will negatively affect economic valuations. The Fed’s confidence that the years ahead of the low unemployment and sustained growth have increased the demand for risks at the stock markets.

As a result, S&P500 has overcome the downturn of the previous two trading sessions and has updated the highs since February, rising by 0.6%. The credibility of the Fed’s forecasts is an important factor for markets. The optimism in the estimates supports the stock indices. In the morning the Asian platforms have picked up the relay, also adding about 0.6%-1.0%.

Powell’s speech also helped U.S. currency. The dollar index has added 0.5% on comments that the Fed intends the raising of rates regularly further. As a result, the Dollar index returned to the area of the trading range highs for the last year. The EURUSD pair fell to 1.1650 to start of the Wednesday, USDJPY has reached 113 – the highest level for the last six months.

It should be noted that the simultaneous growth of the dollar and American stocks is quite rare and short-term phenomenon. Strengthening of the dollar reduces the competitiveness of American companies and it is often caused by a tighter monetary policy that harms equities. However, this time it is still more likely that markets will continue to grow, while USD will lose its momentum.

Entered tariffs and strengthened over the last year oil spur inflation, which undermines the real value of the dollar. A recent update of IMF projections has highlighted the trend towards accelerating growth in Emerging economies and slowing the developed. The impressive US trade deficit is alarming, which also negatively affects the currency exchange rate. It should also be noted that the Fed’s plans for 4 increases this year were confirmed by yesterday’s speech but had already been taken into account by the markets earlier. Under these conditions, the dollar again could become in the offensive, as it was in the 2000s, when the dollar retreated to most currencies.

From the technical perspective, strengthening of the dollar in the area of current highs, near 95 on the index DXY In November of the last year, and also in May-June of this year was accompanied by increasing of pressure on the American currency. This area of resistance can act again as a serious obstacle if new drivers for the dollar do not appear.