The single currency has added 0.4% to the dollar on Thursday, having calmed to the beginning of Friday trading near 1.1380. As in the case of China and Turkey, the euro rebound masks an unpleasant trend in Italian bonds. In the past month 2-years notes yield has increased from 0.6% to 1.4%. This is a clear indication of the concern of investors around the country’s considerable debt burden. 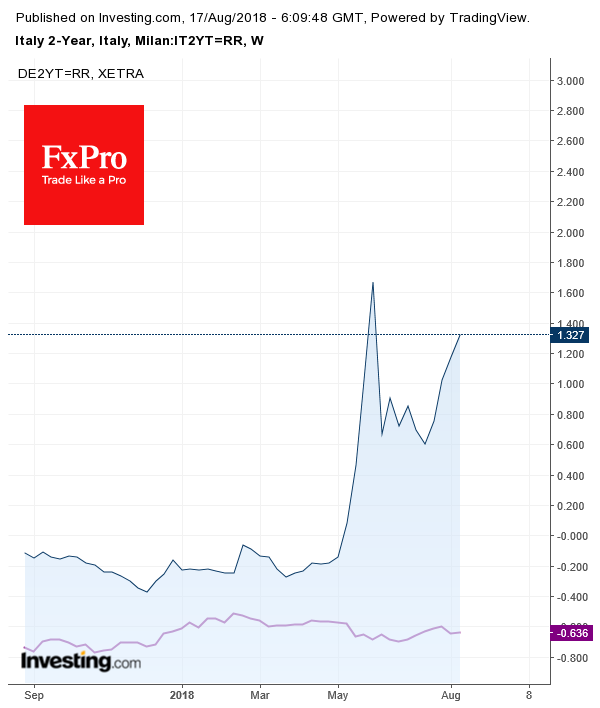 For comparison, the yield of German bunds with similar maturity almost did not change in this period, remained at the level -0.63%. The dynamics of the debt market may be ignored for some time by a single currency that looks unduly oversold against the backdrop of Turkey’s problems.

However, the further yield growth on the Italian bond market could come to the markets focus very soon and exert considerable pressure on the common currency, as it was with Greece case 7 years ago. The situation looks very similar: weak growth for many years, excessive debt burden and populist government. Especially disturb the fact that the economy of Italy is almost 10 times more than Greek.