The miracle did not happen again: the US SEC rejected 9 applications for Bitcoin ETF, and the market went down. SEC is to expand the final deadline of the Bitcoin ETF until February 2019, which will stretch again the uncertainty period for cryptomarket. However, the main cryptocurrency and the total market cap recovered to the previous values quickly.

On the background of current uncertainty, the Bitcoin strengthens its dominance among competitors. Its share in capitalization of the whole market continues to grow reaching 53% after its lows at 36% in May.

Earlier this week the Bitcoin has reached the marks near $6800, and has jumped by $400 in 20 minutes at some point. However, this growth has proved to be unstable. A sustainable rally requires a real demand from institutional and retail investors. In this case, it was only a short speculative spike in the background of the newly “printed” $415 mln. USDT by Tether. 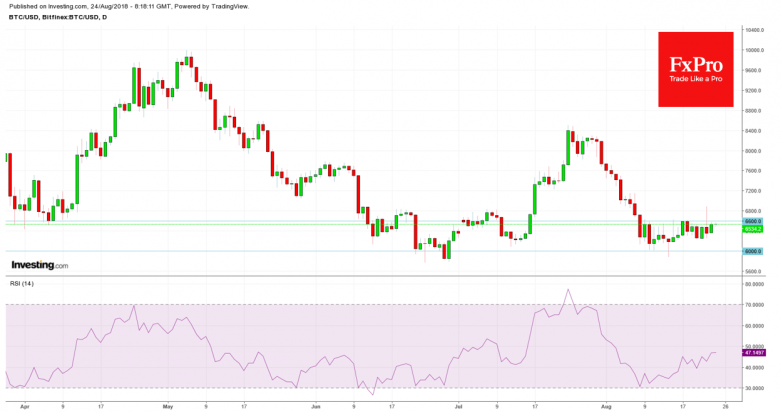 According to the analysis, this should be regarded as a false breakthrough from the range, more connected with the illiquidity of the market, rather than with the emergence of a strong idea for the rally. Strictly speaking, the Bitcoin remains within a very narrow trading range.

Miners massively declare that they have been working with loss, since the beginning of the year increasing the hash rate for the Bitcoin by 238%. Other cryptocurrencies are not far behind: the complexity of Ethereum production (ETH) has increased by 76%, Litecoin (LTC) by 152%, Bitcoin Cash (BCH) by 128%, Zcash (ZEC) by 114% due to the appearance of ASIC-miners. 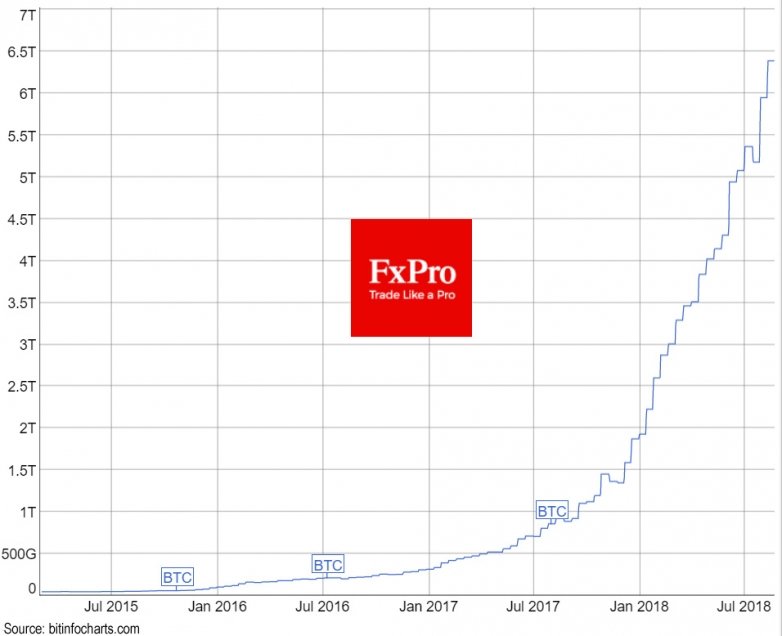 While last year the increase in complexity accompanied the strengthening of the course, in 2018 the prices are gradually falling, as growth of mining capacity is accompanied with a reduction in the turnover of cryptocurrency.

In fact, we can see now the mining for itself, because such networks capacity is no longer needed because of the lack of demand. It is worth noting that mining now looks like the oil industry at the beginning of 2015: even when oil falls to the lows, companies stick to their production plans, sometimes working with loss to maintain their market share. This suggests that the participants of the cryptocurrency market are confident in the growth of the extracted assets value.