Market focus
A strong Nonfarm Payrolls caused pressure on the stock markets, reducing the chances of the interest rates lowering by the Fed in the upcoming months. The increase in employment by 224K has surprised investors due to strong warning signals about the labour market cooling. As a result, this news caused demand for the dollar, which in turn put pressure on stocks, ignoring the recent growth based on the expectations of aggressive Fed policy easing.

Positive news on the latest round of US-China trade negotiations has so far failed to return the risky assets appetite to the markets this week. Now, the chances of Fed mitigation – to support the dollar and suppress demand for stocks – are fading.

Stocks
S&P500 futures retreated 0.8% down from the peak levels reached on Friday morning. Investors have taken profits from the previous rally, overestimating the chances of the interest rates lowering. In addition, market players have become noticeably more cautious in their actions, realising that an impressive pullback often follows historical highs. 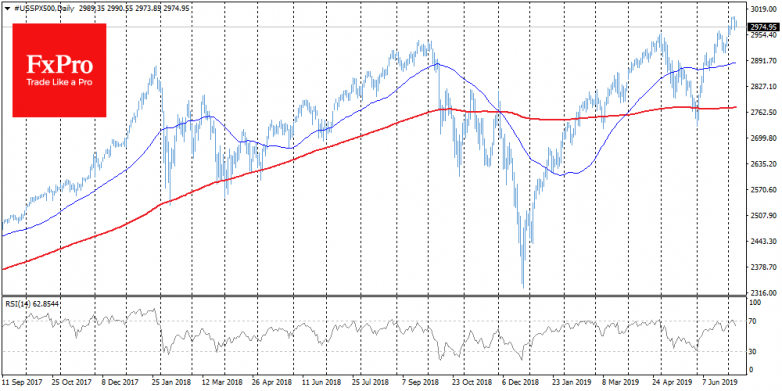 EURUSD
The dollar purchases strengthening led to a EURUSD decline to 1.1220 on Friday. As the FxPro Analyst Team said, this confirmed the downward trend which has remained since the end of last month. As a result, the pair returned under MA(50): from the side of technical analysis, it could be considered as an additional signal to Sell. In the absence of other significant drivers up to Tuesday evening, EURUSD can be guided by technical indicators only. 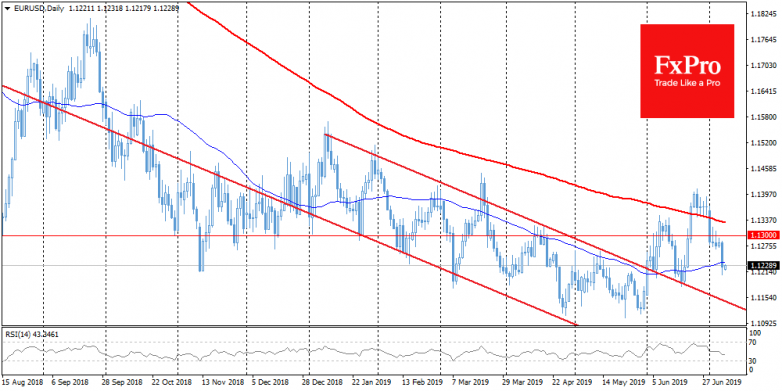 GBPUSD
The British pound fell below 1.2500 on a wave of Friday’s dollar purchases. On Monday morning, GBPUSD has returned to the area slightly above this level. Behind last week’s decline was staying ahead of Bank of England Governor Mark Carney’s rhetoric easing and the overall demand for the dollar. Still, buyers’ interest in the British currency is noticeable on a decline below 1.25. Without an increase in the odds of Brexit ending erratically, the pound looks significantly oversold at current levels and is attractive for purchases during downtrends. 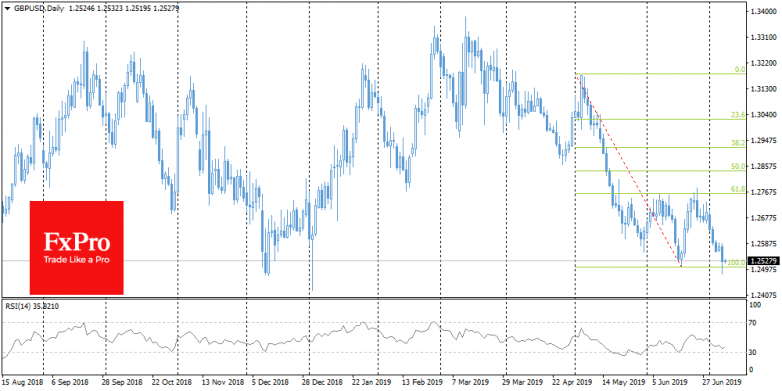 USDTRY
Turkish lira was hit in the morning, losing 2.3% at the opening of trading day. The Bank of Turkey’s independence has returned to the agenda as the President Recep Tayyip Erdogan suddenly removed the Head of the Central Bank from his post who after he refused to reduce the interest rate, despite repeated calls for it by the government. The influence of this event can go beyond the limits of the Turkish lira course. That could be an unpleasant precedent both in the context of pressure on the Central Bank’s heads and the relatively new wave of currency war fears. 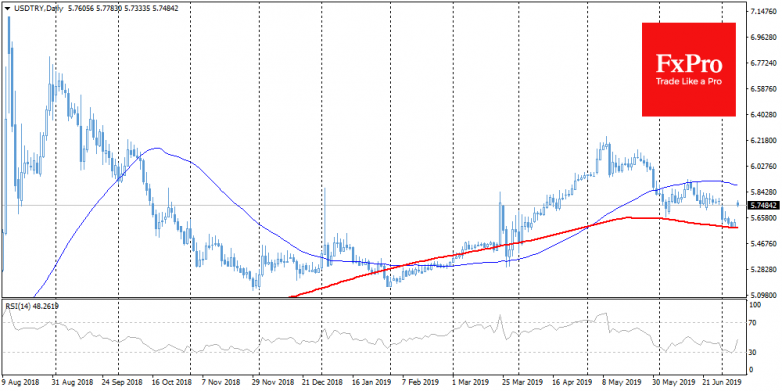