Powell and markets: who wags whom?

Market focus
Markets are focused on Powell’s US Congress speech tonight, suggesting that it can give a definitive answer to the question of whether the rate will be cut at the end of this month. The Federal Reserve is actively using the policy of managing expectations in its arsenal, giving hints of further steps. But at the same time, the central bank itself is clearly focused on market expectations. This eliminates surprises and the accompanying explosions of volatility. But it also makes the Fed vulnerable because investors and the current President of the United States are leaning towards a soft monetary policy that feeds the growth of markets. They are like a child who always wants sweets, and their expectations in recent years have always been shifting towards easier money.

Thus, at the moment, the markets are 100% sure of 25 basis points cut and suggest a 2% chance of 50 points cut at once, according to the CME FedWatch tool. However, a little more than two weeks ago we saw more than a 40% chance of a 50 point cut in the rate. Such expectations fuelled the growth of stock indices, with their revision engendering a correction of recent days. That is, the markets have slightly softened their expectations against the background of relatively strong labour market data and the easing of US trade rhetoric with China and Mexico.

In this context, Powell’s speech to Congress today and the Fed minutes later in the evening may be a further step in bringing closer the positions between the Fed and the markets. However, the main question is whether Powell will direct the markets or the markets will direct him. 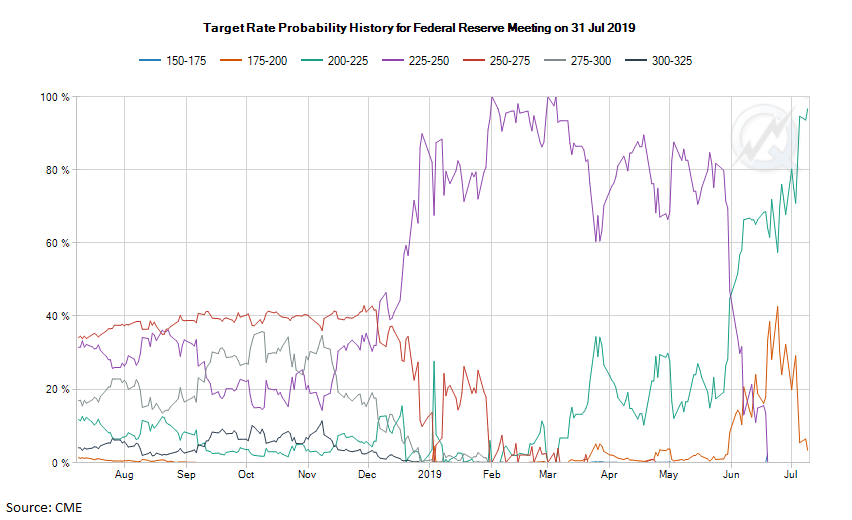 Stocks
US indices managed to reverse to growth on Tuesday evening, interrupting the series of declines during the previous three trading sessions. The driver of growth at the end of the day on Tuesday was the hope that the Fed would strengthen market expectations regarding interest rates cut in late July, focusing on the economic consequences for the US economy from trade disputes. 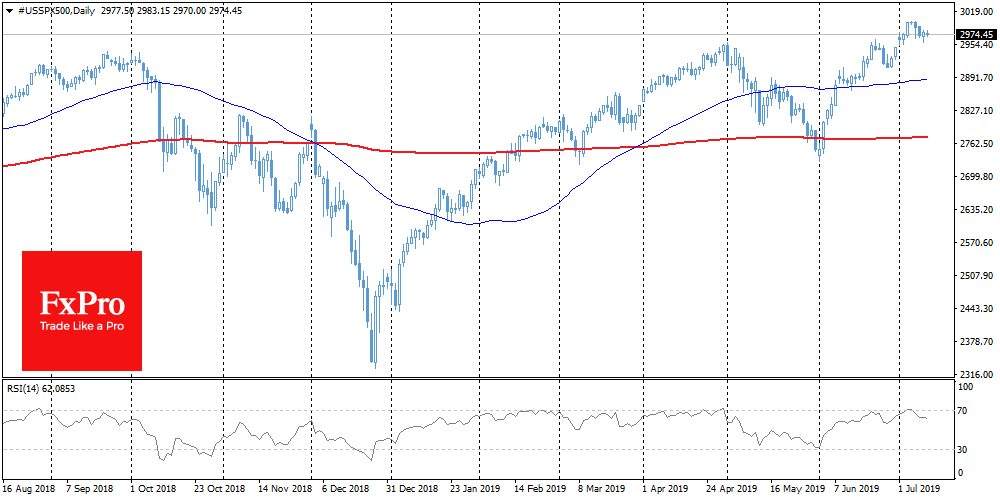 EURUSD
For the eighth trading session in a row, the single currency shows a decrease in intraday highs against the dollar. Such a downtrend is a clear sign of the bears prevailing pressure. EURUSD declined to 1.1200 – June lows. Since the beginning of the year, the pair is in the lower third of the trading range. From the technical analysis side, a surge in volatility is more likely only at the approach to 1.1100. 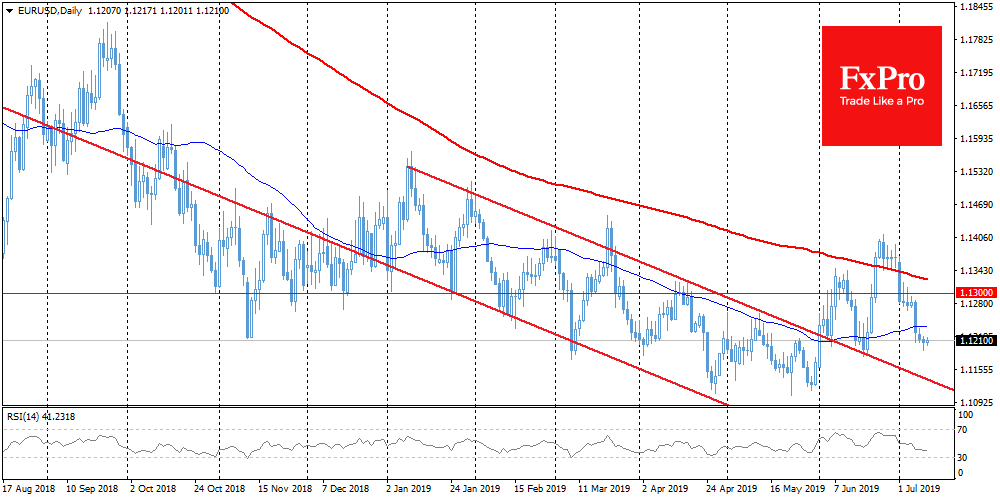 GBPUSD
The pound declined to a two-year low of 1.2440. Below 1.2500 the pair spent about six months up to April 2017 during the period of maximum fears surrounding the Brexit consequences. The current decline under 1.25 occurred for partly the same reasons. The pair is selling off under the pressure of weak economic data, as market participants are increasingly betting on rates cut by the Bank of England. 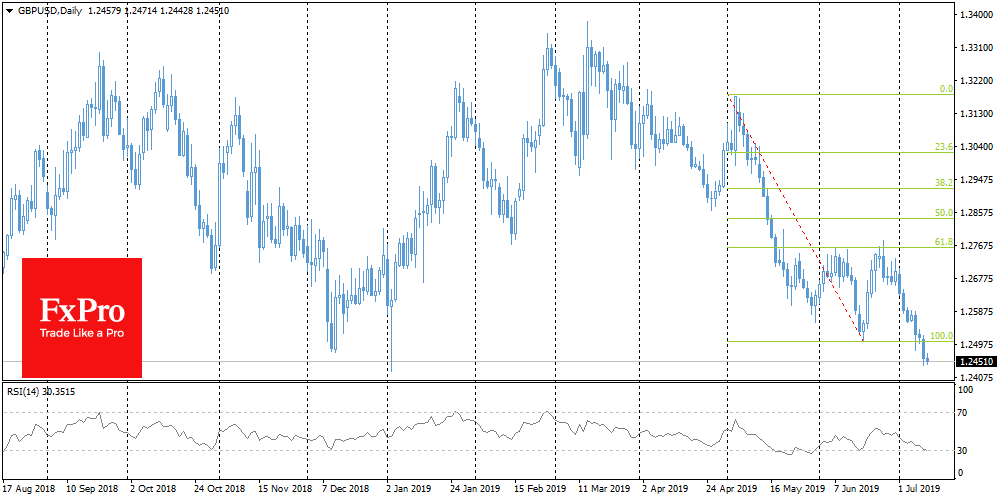