How one stock could kill the bull market 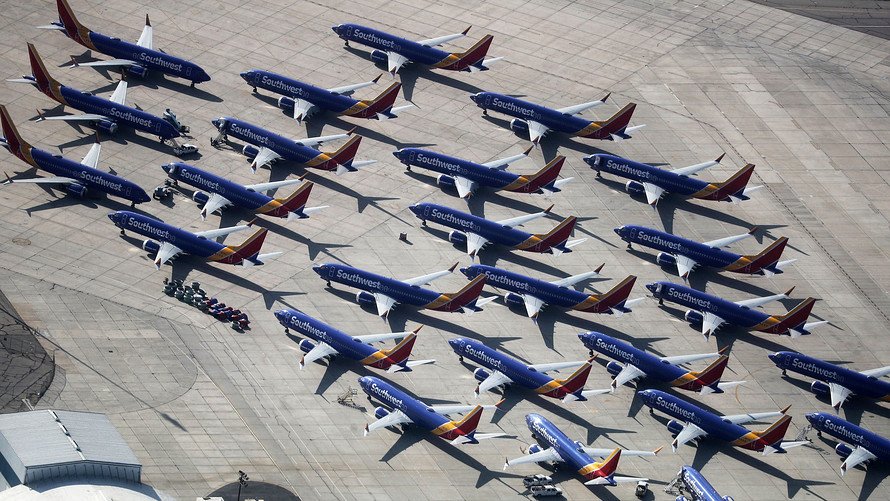 Boeing’s stock, the largest component of the Dow, finished the session down slightly and is hovering around where it began the year. The shares are down about 7% since the second 737 Max crashed on March 10. “That’s pretty stable for a company that could be in serious trouble from a host of demand issues (ie not selling many planes,) regulation, legal (lots of people going to sue), cash, a loss of confidence, and a growing perceptions the company lost sight of safety in search of profit,” said strategist Bill Blain of London-based Shard Capital, which oversees more than $1 billion in assets. He went into the specific Boeing issues to paint what he believes to be a bleak picture, not only for the stock, but for the rest of the market as well.

For one, he says, it’s unlikely that the 737 Max, with its inventory piling up in airport parking lots, will get back in the air this year. “Boeing is hemorrhaging cash to build an aircraft no-one can fly — not a great strategy,” Blain wrote. So, the company’s trying to rush deliveries of other aircrafts to make up for it.

That, however, has presented its own issues, including problems with 787 Dreamliners, which the New York Times NYT, -0.58% reported are suffering from “shoddy production and weak oversight” at Boeing’s Charleston factory. So what’s it all mean for investors?

Another problem is the manufacturer’s approach of upgrading its old aircraft instead of designing new ones. “It made commercial sense for Boeing to keep upgrading and upscaling the [737],” Blain said, “because it kept the factories delivering and they could tell regulators it was just an upgrade not a new design saving billions on testing and training.” But that led to cost-cutting that compromised the 737 Max.

How this one stock could ultimately be responsible for killing the bull market, MarketWatch, Jul 11