Markets are waiting for the results of trade wars and Brexit

Market focus
Global markets remain optimistic, which nevertheless does not allay investors’ fears at the start of the corporate reporting season. Stronger than expected macroeconomic statistics from the United States and China, as well as the expectations of lower interest rates from the Fed, support demand for risky assets and help stocks to develop an offensive. At the same time, the uncertainty around trade wars is already able to leak from the area of business unrest into real indicators. This, in turn, can manifest itself in the revision of plans, as well as in the form of a reduction in sales of some companies producing equipment and raw materials. In addition, the US retail sales and industrial production will be published today, representing the first stroke of the economy’s portrait, in terms of the effects of trade conflicts.

Stocks
US markets closed Monday with a gain of about 0.1%. Index futures mark positive dynamics, leaving indices in the overbought area on daily charts, near the historical highs. However, one should pay attention to the intraday increase in sales after a growth wave, as more players tend to take profits from the previous rally.
Asian stock markets are showing a slight increase since the beginning of the day, in anticipation of a softer monetary policy, as well as playing back a portion of positive data from China. 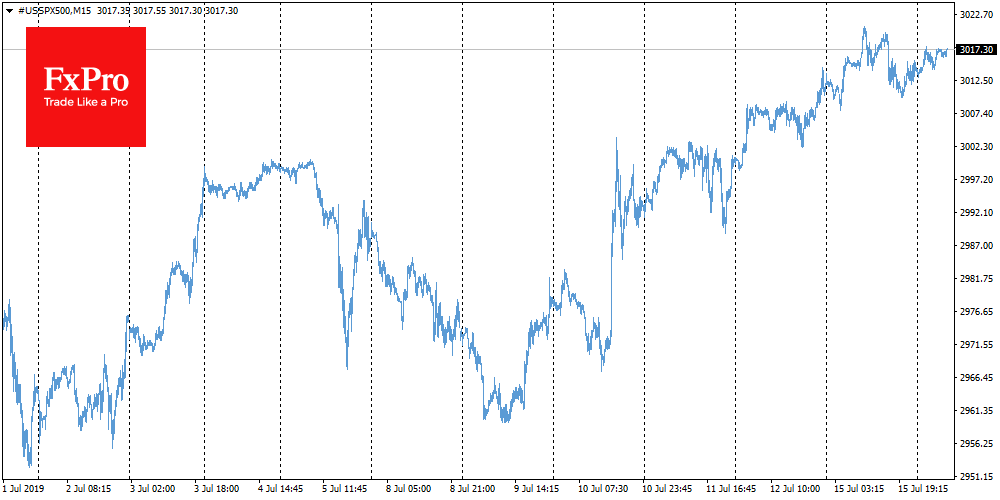 EURUSD
The euro rate has changed a little in pair with the dollar over the course of the past day. On Tuesday morning, the EURUSD is trading near 1.1260, in the middle of the previous four trading sessions, waiting for signals of further trend evolvement. Meantime, the scales of buyers and sellers are balanced: hints of easing are heard from both the Fed and the ECB, and economic indicators can be assessed as “slightly weaker than the trend.” In addition to the US data, the assessment of Germany’s business sentiment by ZEW could influence the EURUSD rate today. Note that the sharp failure of this index a month earlier launched the sale wave on the euro. 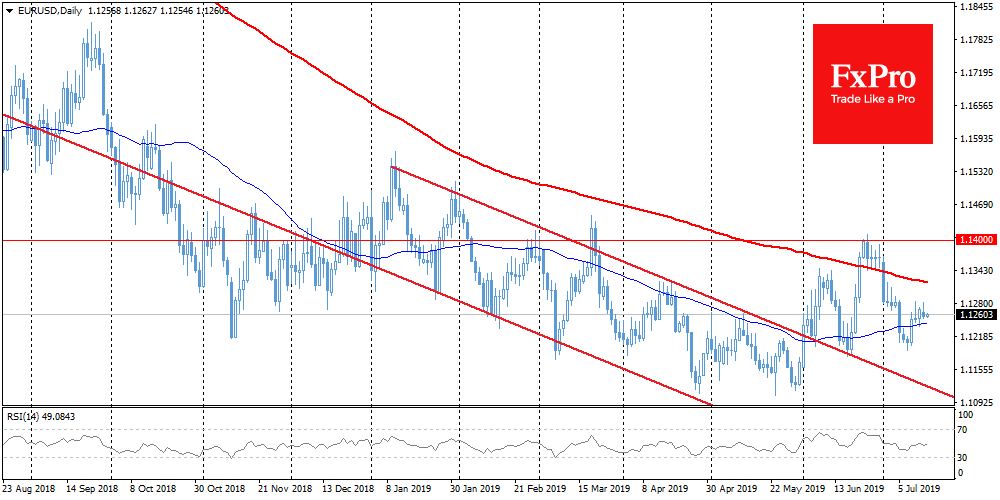 GBPUSD
The prospects of Boris Johnson – one of the most consistent supporters of a hard Brexit – becoming UK prime minister, took away about 0.5% from the pound. This manoeuvre returned GBPUSD to the area below 1.2500. Investors are also laying in quotes the possibility of the interest rates lowering, in light of economic growth cooling. Johnson’s main message during the Brexit campaign was that this event would not have a negative impact on the economy.

Today, data on employment in Britain will be published, while the inflation and retail sales will become known later this week. As the FxPro Analyst Team said, the irony is that Mr Johnson may become the prime minister at the very point when the national economy shows signs of weakness regarding the uncertainty around Brexit. 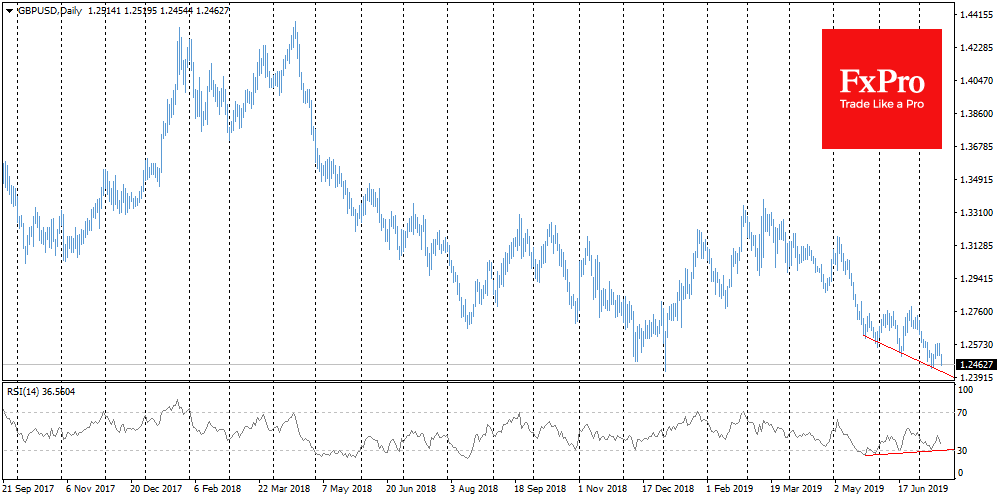