Durov holds off with TON, waiting for Libra hearings to end

Crypto market lost $64 bln of capitalization over the last week, even taking into account the buyback that has begun at the local minimums. Bitcoin is showing increasingly bold signs of buying in the dips, with demand also rises for other digital assets. The scale of the decline so far has allowed only a very cautious optimism, however, after the drop below $10K, the crypto-media indicated that the current correction gives the last chance to buy Bitcoin at such a “low” price. 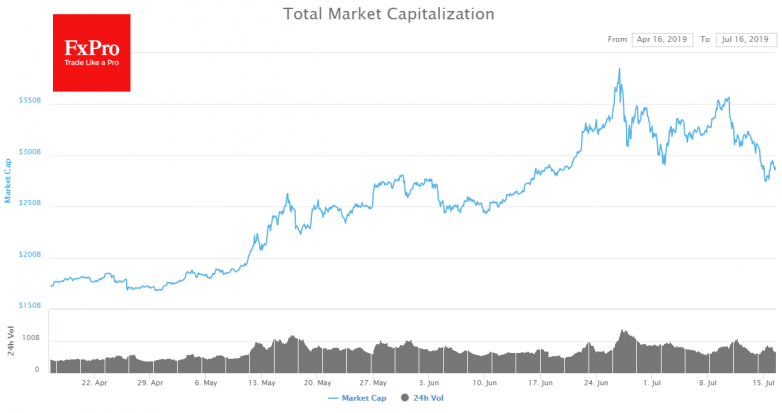 The Block citing informed sources reported about the introduction of a bill in the U.S. Congress to ban the creation of their digital currencies by major IT-companies. Obviously, it will be Facebook, Google, and Telegram, which have the greatest chance of success with such projects. Separately, the market of “first” cryptocurrencies did not cause such fears among officials around the world, but Facebook was able to change the situation. David Markus, CEO of Calibra, will speak at the Congress on July 16-17. It is believed that cryptocurrencies could also decline in this regard, as now there is a question about the future attitude of the authorities to the crypto project as a whole. After all, if such a bill to ban the release of digital currencies will become law, it will also pressure the Bitcoin and the whole market of altcoins.

What about the Pavel Durov TON project? The market used to be full of expectations for the new cryptocurrency, but now it is quiet. Facebook decided to be the first among the largest technology companies to dare to challenge the U.S. government’s monopoly on the currency issue. Telegram and other companies have now become observers. This approach can save billions of dollars. The experience of Facebook in cooperation with the U.S. government will be invaluable for all participants. There is no doubt that the position of the authorities will be indicative and will give a clear signal to everyone else. 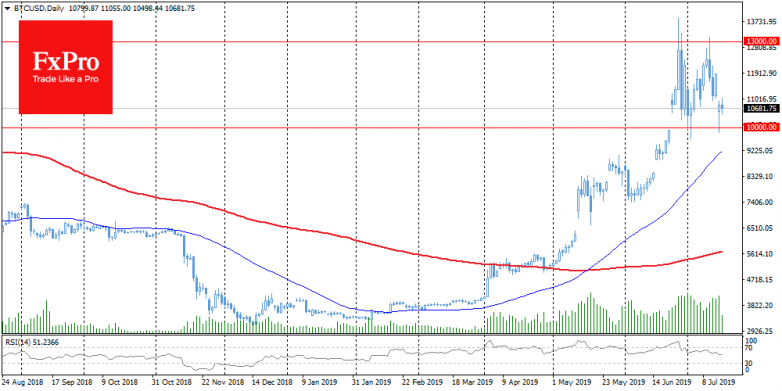 According to the initial plan, Telegram token is not stablecoin, i.e. the price will be formed in the market, which means that the project may have additional difficulties with the authorities. In addition, the wallet will be available to 300 million instant messenger users with the ability to make micro-payments. Agiotage demand, growth of the price of a token and the subsequent “hodl” can play an evil joke with the project as at parabolic growth nobody will spend the tokens as it mostly occurs with Bitcoin and similar coins.

In 2018, Telegram held a closed ICO. The developers were able to raise $1.7 billion, although they could attract much more if the ICO had been a public one, even there the first place was given to possible problems with the regulators. In May 2019, Telegram officially released its test client TON, which indicates the final stage of testing, and the project itself may be ready for public launch in the second half of 2019.

Apart from the problems with the regulators, what may be the technical difficulties? TON is written in an unusual Fift language. The popularity of any project depends on the developers, and in this case, the founders have deliberately limited the circle of developers, relying on more experienced specialists. This can be both an advantage and a vulnerability of the project. Thus, starting with ICO, the creators of the project clearly point to strict control over its development. At the moment, all views are focused on Facebook, which shows signs of “reverse gear” when faced with severe pressure from officials around the world. This was probably a surprise even for a company. Given the approach of Pavel Durov, it is likely that all FB’s mistakes will be taken into account, the reaction of the officials will be analyzed, and Telegram will be able to offer the market the product in the form that will be accepted by all parties.