Market focus
Markets continue to receive conflicting signals, but a wary mood prevails. Charles Evans from the Fed pointed to the possibility of reducing the rate immediately by 50 points in July, citing the risks of a global slowdown. External causes seem to be used by central bankers as a rationale for the soft policy position, despite the relatively good internal data of the countries. Time after time, indicators from the US, China, and the U.K. surpassed expectations, but this did not change the markets’ mood: investors are still preparing for the worst.

Stocks
Key indices continue to follow the tactic “the worse the better.” The strong US retail sales data put pressure on quotes, rather than encouraging growth. Despite the fact that Evans’ speech softened investor expectations, market participants seemed to prefer to take profits from the previous rally. 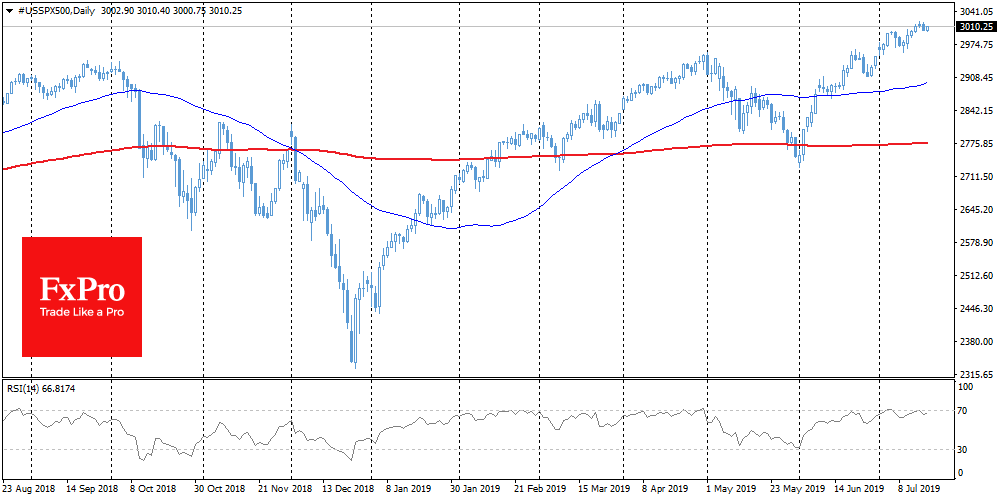 EURUSD
The single currency came under pressure following the sale on the pound. EURUSD returned to July lows around 1.1200. In addition, the dollar received support after strong retail sales figures. In contrast, business sentiment in Germany continued to deteriorate due to fears around global risks. Bears’ attention could switch now to the area of 1.11, from which the pair rebounded in June 2018 and April-May 2019. 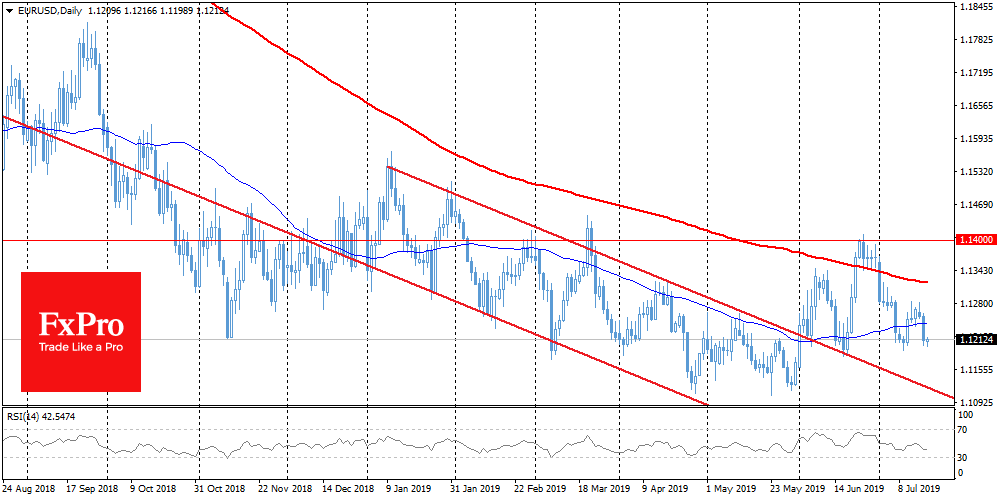 Brent
Oil fell sharply by the end of Tuesday, losing 4.8% intraday to $63.5 per barrel. The sale was provoked by rumours of a decrease in the degree of tension between Iran and the United States. In addition, data from an independent company, API, noted a not so sharp decline in inventories as expected, returning to the market’s concerns about an overabundance of commodities. From the technical analysis side, the bearish signal is the fact that Brent has undergone a sale from the 200-day moving average, and this often acts as a significant level. 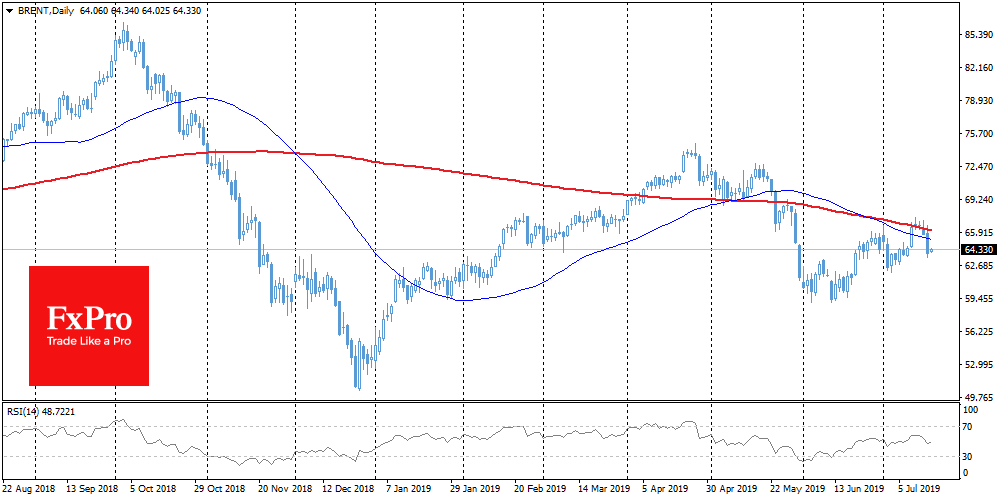