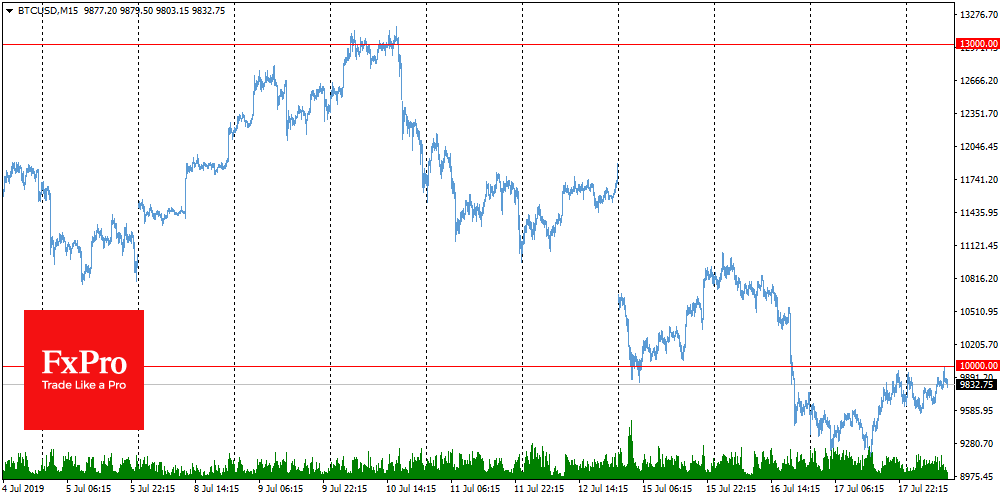 The fall of Bitcoin stopped at $9,200, which can be considered as a good option of the development of the events. The benchmark cryptocurrency rose to $9,900 or by more than 3% per day, however, the cryptocurrency has not yet managed to pull through the $10K threshold. Along with the rebound of Bitcoin, the whole cryptocurrency market grew as well. The decline of the majority of altcoins was so impressive that now their positive dynamics outpaces Bitcoin. Most buyers are interested in Litecoin (LTC), which soon awaits halving and which suffered the most from the correction (-31% per month).

Opinions on the future of Bitcoin are divided. Some have seen in the actions of U.S. regulators a direct sign of “tightening the screws”, while others believe that officials are afraid only of large corporations, the firepower of which will allow them to compete with national currencies. If Bitcoin suits the U.S. authorities as an instrument of social freedom, a method of financing specific foreign operations and global casino, it is likely that the benchmark cryptocurrency will not only live but will also receive a new impetus.