Market focus
The President of the Federal Reserve Bank of New York (the most influential of the regional banks) noted on Thursday that policymakers should not wait for an economic disaster to hit before adding stimulus. Note that the comments of Fed members over the past two weeks have consistently strengthened confidence in mitigating the actions of the regulator.

About a decade ago, the Fed was criticised for contributing to the formation of a real estate bubble, raising the rates “too little” and “too late.” The Reserve System, in its current composition, risks receiving a similar portion of criticism, choosing those indicators that cause concern. According to FedWatch, the markets quoted a 60% chance of reducing the rate by 50 points at once. 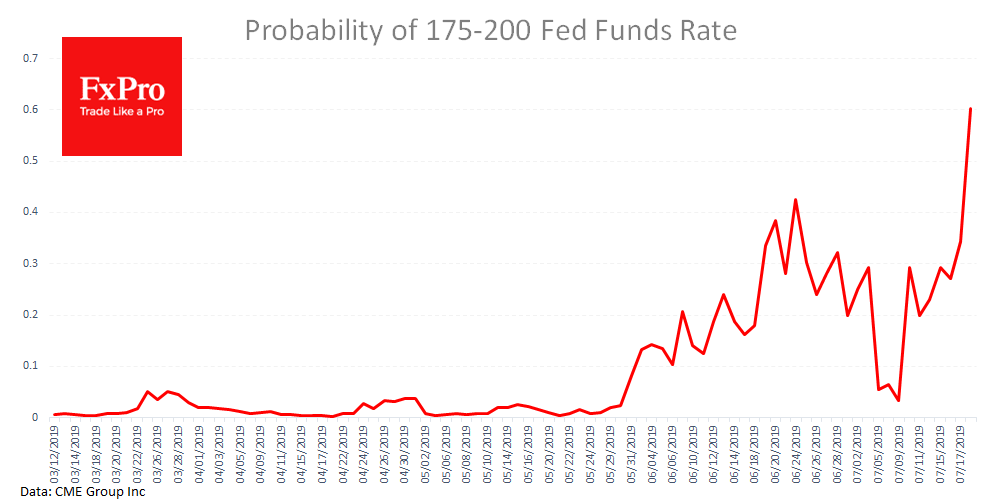 Prospects for lower rates caused the dollar sale, taking away 0.5% of its value overnight. The markets’ mood for a quick resolution of this situation creates a new stage in the ‘hunt for yield’ – supporting the demand for “junk” bonds. In addition, it hinders the sale on the stock markets. Low rates and speculation around a possible new QE round fuel the purchase of risky assets, while bond yields are suppressed by central bank policies.

Stocks
The SPX (futures on the S&P500) added 0.9% on Thursday and is above 3000 on Friday morning. The Nikkei225 adds 1.5% after four days of decline. Chinese stock indices rebounded from local lows. 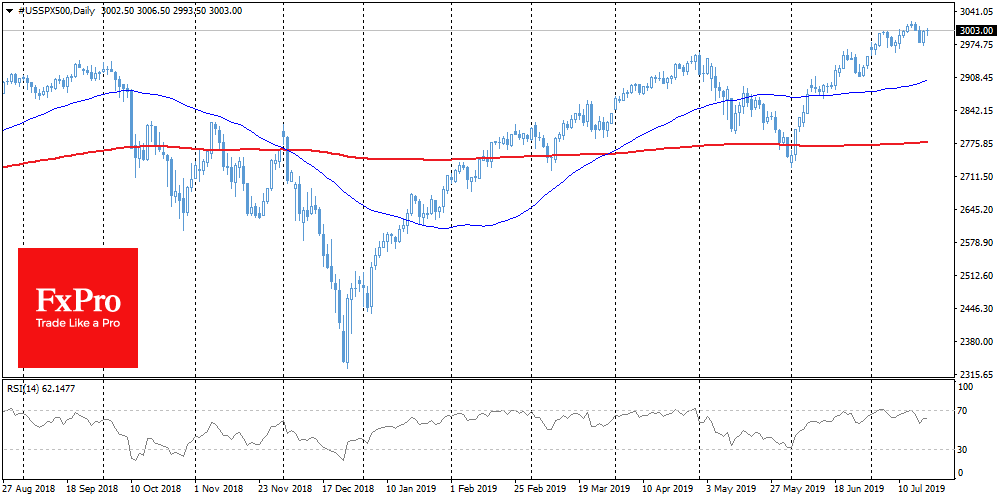 EURUSD
The single currency experienced a growth momentum, returning to levels above 1.1250. However, it is worth being careful with the euro purchases in the coming days. The Fed gives clear signals of easing, just a week before the ECB meeting. This is a period of silence when the central banks’ representatives do not make speeches that could affect the monetary policy course. Yet, the European Central Bank is unlikely to hesitate with its portion of “dovish” comments. Most analysts expect to hear a clear hint of rate cuts already in September and some loosening at the end of July. However, without clear signals from the ECB, the euro receives virtual market support. 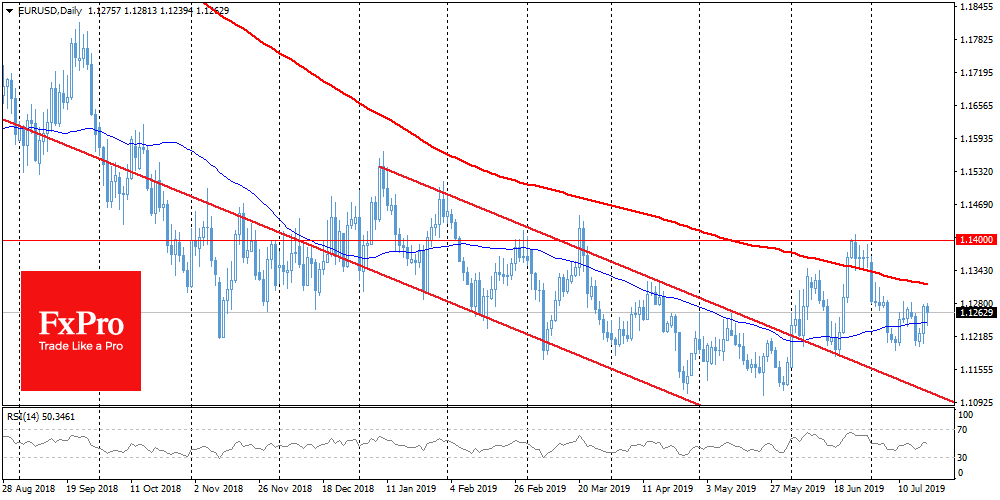 Gold
Gold completed a three-week consolidation by breaking through the upper limit of the trading range. As a result, quotes rose to 1.450, updating 6-year highs. The FxPro Analyst Team mention that gold may receive strong support through a softer monetary policy if the economy maintains the growth. 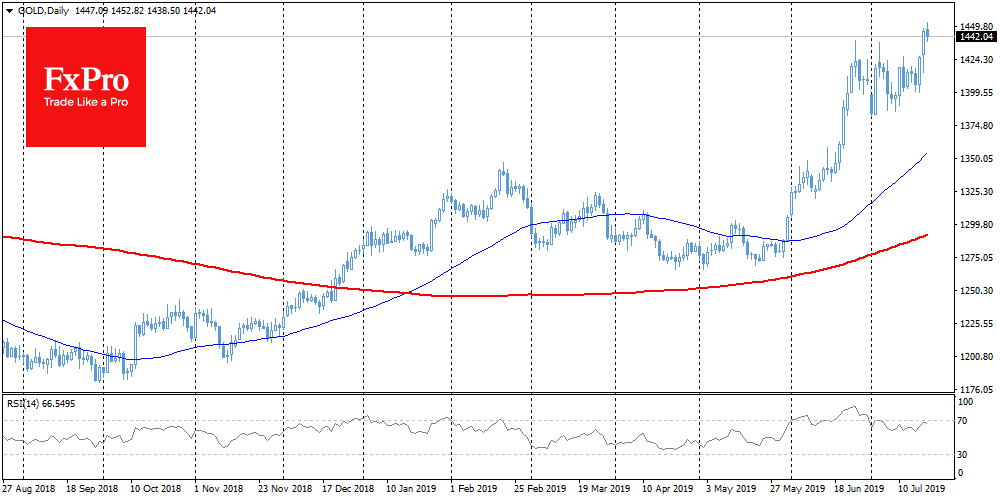