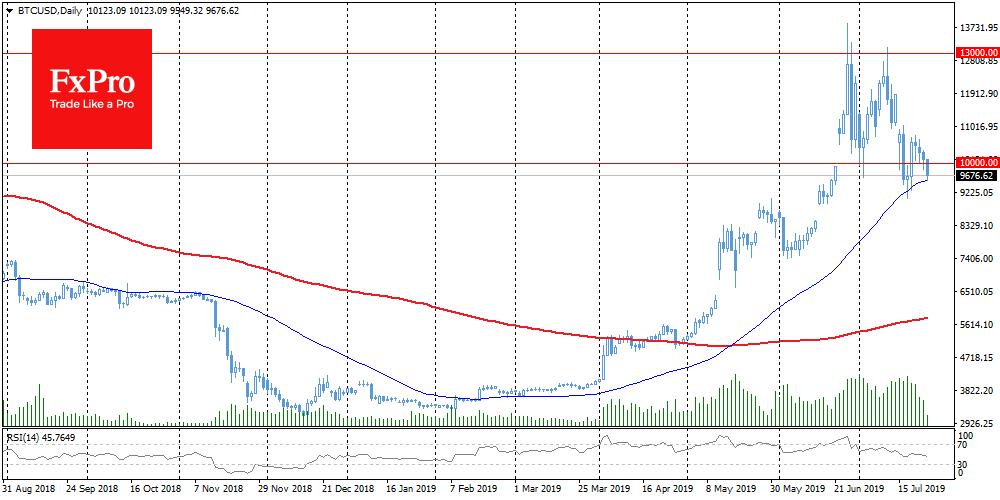 During the last day, BTC loses almost 5% and trades around $9,700. Bitcoin gradually slipped down from last Friday. On Wednesday morning, the bears sent Bitcoin to levels around $9,500, after which it stabilized slightly.

A remarkable situation is happening with the trading volumes. On average, they are stable at around $18 billion, but on the evening of July 22, there was a brief surge of up to $41 billion. Such volumes were recorded only at the time of reaching $14K. Along with the burst of trade volume, the price has also grown, but after that, it has returned to its initial value.

Growth of trading volumes in combination with subsequent decrease of the price makes us be cautious about the nearest prospects of the cryptocurrency. Another small observation. The current sell-off has again stopped at a decline to the 50-day average. If, as earlier this month, the quotes are supported again in this area, it will be possible to say that the bulls do not leave any hope for further growth.