Thursday was the so-called “ECB Day.” Mario Draghi held a press-conference, voicing a readiness to lower the rate and apply other monetary easing measures. The ECB is not in a hurry to cut rates, preferring to wait for the updated forecasts. However, it has given a clear signal that the next step will involve policy easing.

The Euro fell to 1.11001 after the ECB posted a comment on the rate, but on the decline to 26-month lows, EURUSD received support, managing to jump to 1.1170 at the time of writing.

It is worth noting that Draghi’s comments indicated a willingness to soften policy, as well as noting the deterioration of economic forecasts. Also, in his speech, the ECB President said that the risks are tilted downwards and the chances of a recovery of growth and inflation in the second half of the year are declining. 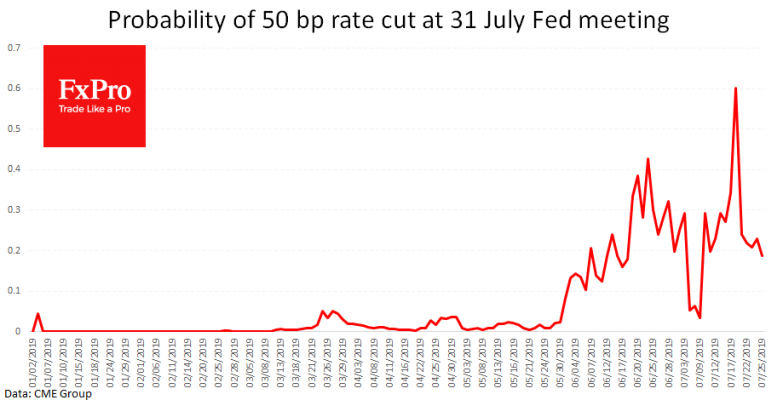 Markets sold the Euro throughout the week, as bond yields declined, with the chances of a rate cut growing to 50% on Thursday, prior to Draghi’s ECB speech. Without meeting these expectations, the single currency rebounded from the round level of 1.1100, as it did before in April and May. 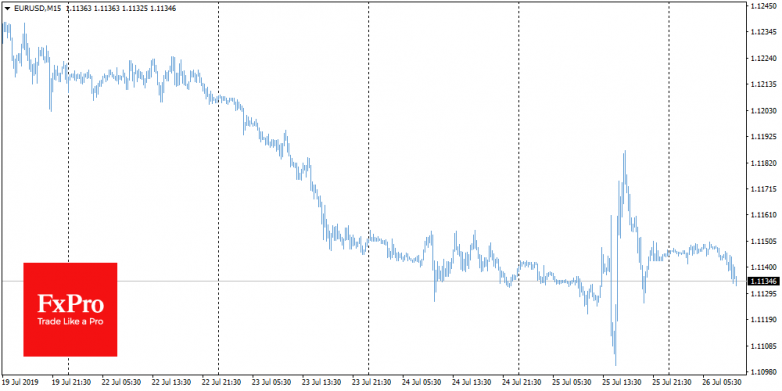 Much of the future dynamics of EURUSD will depend on the Fed’s comments next Wednesday, as investors will compare the tone of the two influential central banks to act. The current rebound of the Euro is like one that has touched the important level, while the decisive attitude of the ECB to soften policy and launch QE suggests the development of a trend to reduce the Euro against the dollar, after a short period of waiting for the Fed’s comments – set to be made next Wednesday. 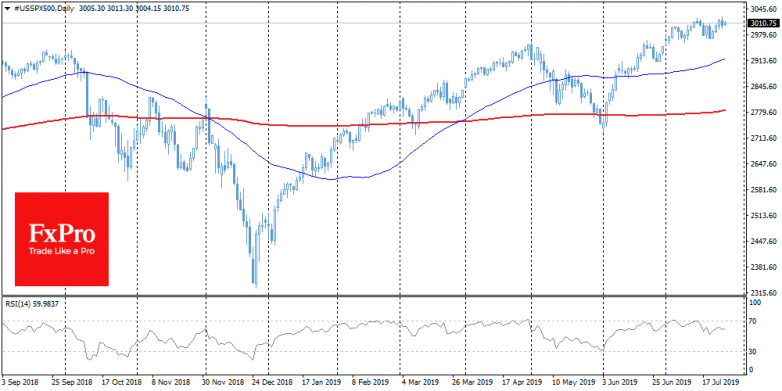 In addition to the global unknowns in the form of the world monetary policy, stock markets are now influenced by earnings reports. In general, up to date, they are mostly “good”, but within the sectors, there is a division. IT-giants like Alphabet, Facebook and Intel are exceeding expectations, while those close to production and retail sales, such as Ford and Tesla, saw a notable decline.

Amazon is traditionally considered to be an IT company – rather than an online retailer – but its abundant investments in marketing and online delivery have negatively affected profits. The weakness of the retail and manufacturing sectors is an alarming signal for the economy. Exactly how deep this deceleration will turn out to be, we will discover today, after the first estimate of US GDP for the second quarter.